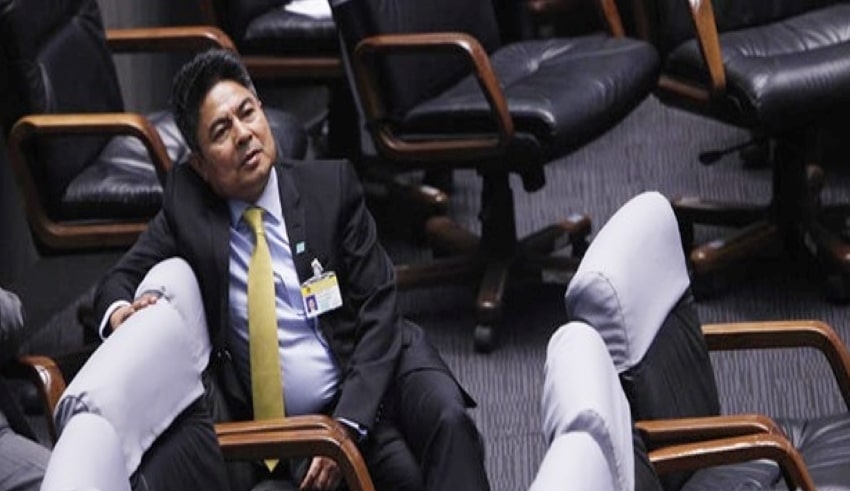 Amidst the upcoming election and the things that have been organizing and preparing in the parliament for the past months, it’s surprising how in a majority ruling by the Constitutional Court over vote irregularities in Nakhon Si Thammarat, Democrat MP Thepthai Senpong was disqualified.

Along with this, the court ruling declared that Mr. Thepthai’s MP status was automatically terminated after he and his brother, Manote, were granted a two-year jail term and a 10-year vote-buying scheme ban in the 2014 election for regional administration association chairman in the southern province.

In August last year, the provincial court made the decision, but Mr Thepthai fought to retain his MP position on the basis that the matter was not over.

Although out on parole, he and his brother petitioned the Appeal Court. Mr Thepthai had previously told the Supreme Court that he would continue the battle.

His case was rejected by the Constitutional Court, stating that the ban on politics ordered by the Nakhon Si Thammarat court meant that he could not run in an election. According to the Democrat Party, the Appeal Court scheduled March 25 this year to decide on the issue.

Mr Thepthai’s last legislative task was when he voted for an amendment bill to exclude kratom from the list of drugs. He was a committee member vetting the measure. Mr Thepthai and the group said they appreciated the Constitutional Court’s ruling. In the case, Nakhon Si Thammarat, he ran for three times in constituency.

Along with this, the Election Commission is set to declare a by-election on March 7, with submission dates from Feb 11-15 for candidates. Rames Rattanachaweng, the party’s spokesperson, said that the party would field a candidate to succeed Mr. Thepthai and that it was supposed to hold the seat. Recently, the party executive members will hold talks to look for a contender.