The Asian Affairs > Latest News > Malaysia > According to leaders, Kedah’s plan to “throttle” Penang’s water supply is an act of war. 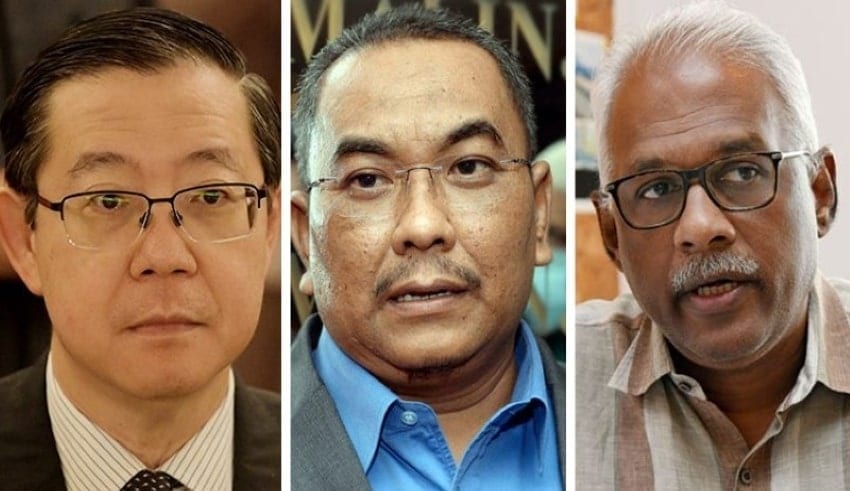 The Kedah government's plan to cut Penang's water supply by constructing large water tanks along Sungai Muda has been called a "war crime" and a form of political revenge.
(C ) freemalaysiatoday

GEORGE TOWN: The Kedah government’s plan to cut Penang’s water supply by constructing large water tanks along Sungai Muda has been called a “war crime” and a form of political revenge.

A Freedom For Low Pay Individuals Through Bank Plans

Sanusi announced earlier today that 14 water tanks would be erected along Sungai Muda to ensure that Kedahans and padi farmers along the river had adequate water.

About 80% of Penang’s water comes from the section of the river that flows through its territory.

“By threatening to cut water to 1.7 million Penangites, and that too coming from a fellow Malaysian such as Sanusi, makes this a clear and present danger to Penangites,” Lim said.

According to the DAP secretary-general, if Kedah owns Sungai Muda, then Kedah should compensate Penang whenever the river’s banks burst on Penang’s side.

SPAN, he said, must act immediately because it was its legal responsibility to ensure Penang’s water supply flowed freely and to prevent Sanusi’s plans from being carried out.

“Why is Kedah declaring war on Penang? This is effectively an act of sabotage as it would be detrimental to the safety and health of Penangites. In an emergency, the government should go pick him (Sanusi) up.

“SPAN should act as an arbiter and prevent such a project from taking place, as it would have a negative impact on all industries and consumers in Penang,” Santiago said, adding that water was important for both industrial and sanitation purposes.

He cautioned that Sanusi could face legal action from people and businesses.

He explained that these raw water storage ponds were designed to catch water from a river when its banks burst, and that the water could then be redirected back to the river during a drought.

“He has no idea what he’s talking about as the menteri besar and chairman of Syarikat Air Darul Aman. Or he was given bad advice,” Santiago explained.