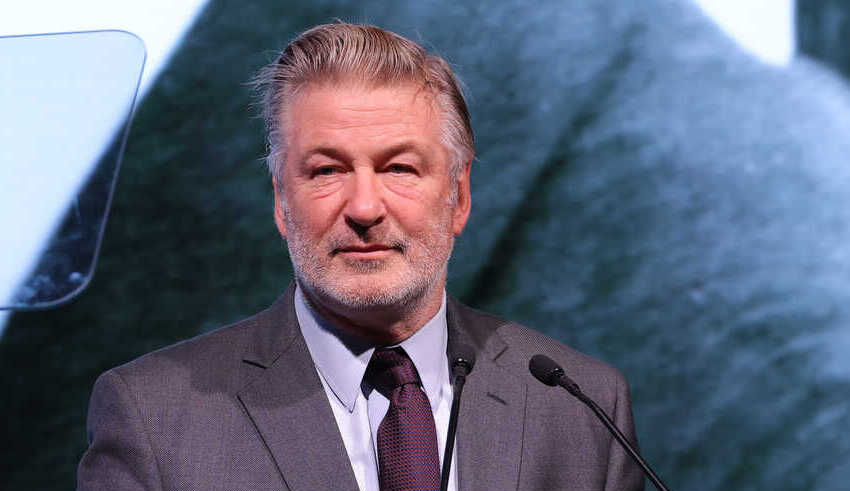 Prosecutors assert that it is routine practice for actors to ensure that the weapons they use are safe to handle and never point them at anyone.
(c) NPR

District Attorney Mary Carmack-Altwies, the chief prosecutor in Santa Fe, said on January 19 that the film’s armorer, Hannah Gutierrez-Reed, will also be charged with involuntary manslaughter. She stated that charges will be brought before this month’s end.

After more than a year of inquiry, charges were filed against Baldwin, 64, for discharging a firearm on the set of his film Rust near Santa Fe in October 2021. Joel Souza, the film’s director, was struck and injured by the same.45-caliber bullet that killed Hutchins.

According to a police report, David Halls, the assistant director who handed Baldwin the firearm, informed the actor that it was “cold,” an industry phrase indicating that the weapon did not contain blank bullets. Carmack-Altwies stated in her statement that Halls entered a plea deal for careless use of a dangerous weapon. Gutierrez-Reed touched the firearm prior to Halls.

Prosecutors told the New York Times that it is an industry norm for actors to ensure the safety of the guns they use and to never direct them at anybody.

Baldwin has refuted this claim, stating that weapon safety was the duty of the armorer and first director, and that he was instructed to point the gun at the cinematographer.

In an interview with the Times on Thursday, Carmack-Altwies said, “You should never aim a pistol at someone you’re not ready to shoot.”

According to legal experts, prosecutors may have a difficult time gaining a conviction, because Baldwin would not be required to check the firearm if he was informed by crew members that it did not contain live ammo.

“It’s a pretty aggressive charging decision, and the defense has a good case,” said former prosecutor and personal injury attorney Neama Rahmani, who was not involved in the Rust case. Such incidents are insufficient to warrant criminal culpability.

The prosecution stated that Baldwin and Gutierrez-Reed will be charged “alternatively” with two charges of manslaughter, meaning a jury will determine not only whether they were guilty, but also under whatever definition of involuntary manslaughter.

Negligent simple manslaughter is punished by up to 18 months in prison and a $5,000 fine. Should prosecutors establish that the use of a handgun included more than basic carelessness, the offender might face a mandatory five-year prison sentence.

Baldwin has denied culpability for Hutchins’ death and has stated that he did not pull the imitation Pietta.45 caliber long Colt revolver’s trigger.

The FBI determined that the revolver “functioned normally” and would not discharge until the trigger was pressed.

“Mr. Baldwin had no reason to suspect there was a live round in the rifle or anyplace else on the film set. The specialists with whom he worked informed him that the rifle did not contain live ammunition. We will fight these allegations and win,” stated his lawyer, Nikas.

SAG-AFTRA, a union that represents US film and television performers, urges artists to treat weapons as if they are loaded with blanks, to contact a safety handler before pointing a pistol at someone on camera, and to never pull the trigger unless ready to fire.

The manual advises performers that blank ammo may be lethal and that live ammunition must never be carried onto a film production.

The investigation conducted by the Santa Fe County Sheriff’s Office did not disclose how live ammo got onto the set of Rust.

The Hutchins family’s attorney, Brian Panish, stated that his investigation determined that criminal charges were necessary.

In 2021, the family filed a lawsuit against Baldwin, stating that the Emmy-winning 30 Rock and Saturday Night Live actor was responsible for ensuring the pistol did not include blank bullets, not cocking the weapon, and not pointing it at Hutchins and pulling the trigger.

Subsequently, the family established an agreement wherein Matt Hutchins became an executive producer for Rust. Early in 2023, production was scheduled to resume outside of New Mexico.

Several hours before to the incident, camera operators walked off the set at Bonanza Creek Ranch, south of Santa Fe, in protest of what they saw to be inadequate set safety and working conditions.

Duncan Levin, a defense attorney, stated that the case included unclear weapon safety regulations in the film business and appeared to be more of a civil law matter than a criminal one.

“Prosecutors have a great deal of work ahead of them to prove that putting Alec Baldwin in prison for this is the appropriate punishment,” said Levin, who has defended celebrities and entertainment figures.