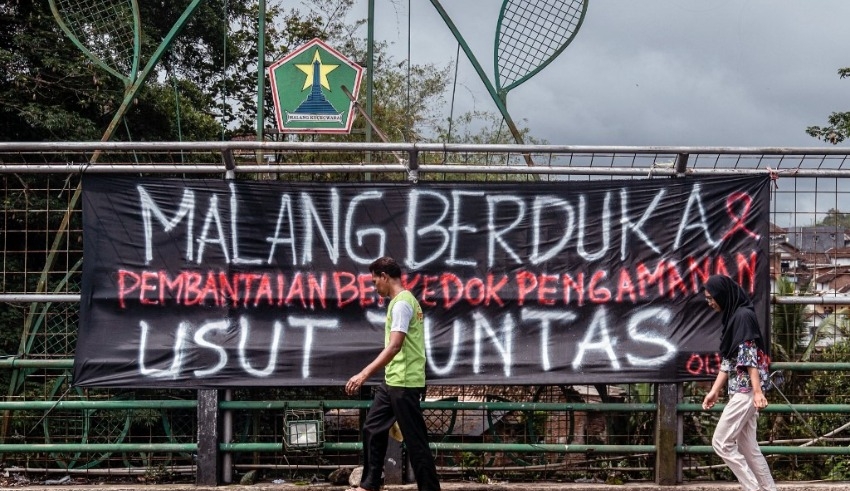 The police reported the pitch invasion as a riot and claimed that two officers were murdered; however, survivors criticized the police of overreacting.
(c) Borneo Post Online

On Thursday (Oct. 6) the Indonesian police chief announced that six people had been charged in connection with a weekend accident at a football stadium in which 131 people died.

“Based on the investigation and sufficient evidence, we have identified six suspects,” said Listyo Sigit Prabowo, the national police commander, at a press conference.

Among the six individuals accused with causing death through carelessness are three police officers and three individuals responsible for the match and its security, including the chairman of Arema FC’s organising committee and one of the club’s security officials, he said.

According to him, two of the under investigation police officers instructed their colleagues to fire tear gas.

He stated that the third officer under investigation was aware of FIFA’s safety standards prohibiting the use of tear gas at the pitchside, but did not prevent his colleagues from using tear gas.

If proven guilty, the suspects risk a maximum of five years in prison.

The Indonesian football organization has previously banned Arema FC’s head of the organizing committee and a security officer for life.

As resentment built over the police response to a pitch invasion, the announcement was made.

Hundreds of people rushed for narrow exits, resulting in a crush that caused numerous deaths by suffocation or crushing.

The police reported the pitch invasion as a riot and claimed that two officers were murdered; however, survivors criticized the police of overreacting.

According to witnesses and footage, officers responded with force by beating and punching spectators with batons, driving them back into the stands where many died after tear gas was shot.

After the disaster, Indonesian President Joko Widodo ordered a probe and a review of the safety of all stadiums.

According to officials, the Malang police commander was changed on Monday, nine officers were suspended, and 19 others were placed under investigation.

However, match organizers and club officials have also been implicated for the mayhem.

The Indonesian football organization also sanctioned Arema FC on Tuesday, fining the club 250 million rupiah (US$16,420) and banning two of its officials for life.

The association refuses to comment on the increasingly criticized police response to a pitch invasion since the tragedy occurred.

The Indonesian government has halted the national football league until the outcome of the probe.