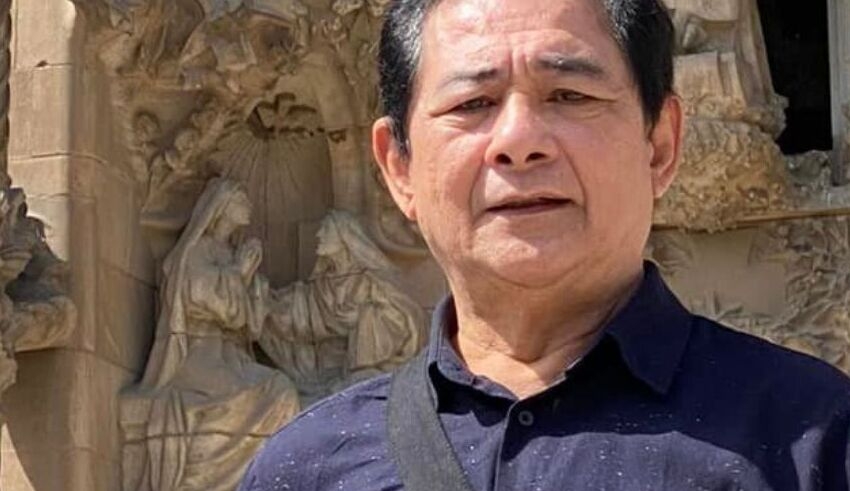 The NUJP denounced the murder of Percival Mabasa, stressing that his death demonstrates that the Philippines remains a dangerous place for journalists.
(c) Interaksyon

Percival Mabasa, also known as Percy Lapid, was fatally shot in Las Pias City on the evening of Monday, October 3, according to the Philippine National Police (PNP).

According to witnesses, the radio presenter was assassinated while he was inside his vehicle. The police said they have collected two shot casings from an unidentified caliber firearm.

The Philippine National Police stated on Tuesday that the Las Pias City Station of the NCRPO has already established a Special Investigation Task Force to lead and coordinate the PNP’s investigative and prosecuting activities.

The family of Mabasa also issued a statement denouncing the journalist’s murder. Roy, Mabasa’s brother, is also an experienced journalist.

“We firmly condemn this heinous act. The crime was not only perpetrated against Percy, his family, and his profession, but also against our nation, his beloved Philippines, and the truth,” His family stated.

ICC prosecutor has Duterte on their radar again

His family demanded justice, stating, “Percy is adored by many and highly regarded by colleagues, admirers, and opponents. His courageous and incisive commentary pierced through the torrent of fake news on the airwaves and on social media. We demand that his despicable killers be held accountable.”

According to the National Union of Journalists of the Philippines, Mabasa was the second journalist to be murdered by President Ferdinand Marcos Jr. (NUJP). On September 18, just a few weeks earlier, radio presenter Rey Blanco was stabbed to death in Negros Oriental.

The NUJP denounced the murder of Mabasa, stressing that his death demonstrates that the Philippines remains a dangerous place for journalists.

“The killing shows that journalism remains a dangerous profession in the country. That the incident took place in Metro Manila indicates how brazen the perpetrators were, and how authorities have failed to protect journalists as well as ordinary citizens from harm,” the NUJP said.

On DWBL 1242, Mabasa hosted his program “Lapid Fire.” His commentary on the Marcos Jr. and Duterte governments was quite negative.

The two most recent videos posted on Mabasa’s Facebook page discussed Vic Rodriguez and the previous two administrations. Mabasa has already broadcast his opinions on the hazards of red tagging, the subject of Philippine Offshore Gaming Operators, and even martial law.