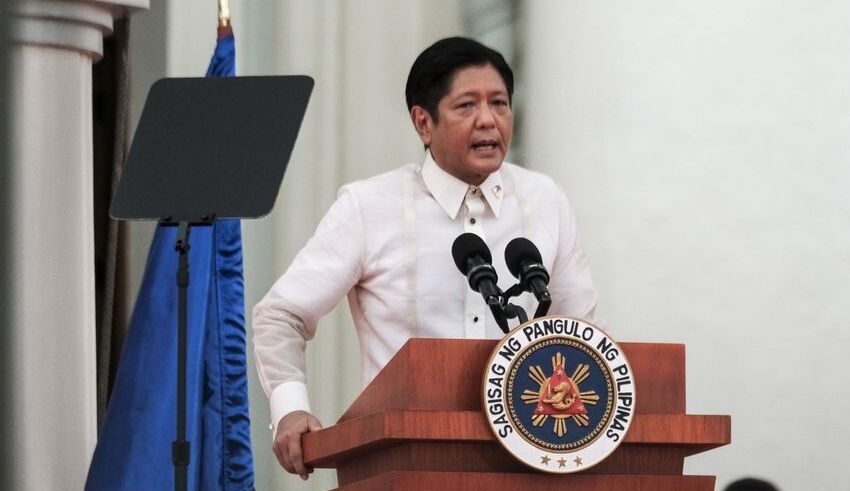 The assertion made in the movie that once the gold standard is reinstated, the Philippines will be among the wealthiest countries in the world is not true.
(c) Bloomberg

A clear indication that the Philippines is assisting the governments of Singapore, Indonesia, and the United States in the repayment of their respective debts is the fact that President Ferdinand Marcos Jr. has made many trips to each of these countries.

The video that contained the claim asserted that the deterioration of the value of the US dollar will result in the revival of the gold standard as a form of currency. The video continued by stating that the gold standard will link the value of the Philippine peso to gold. And because it is believed that Marcos is a “co-owner and co-beneficiary” of a gold hoard that is referred to as the “Wealth of Humanity,” he plans to use that reserve to pay off the debts of other nations. The video then stated that recent visits that Marcos has taken outside of the country are evidence that he has already paid off the amount that these nations owe to him.

Between September 4 to September 7, 2022, Marcos traveled to Indonesia and Singapore for official state visits to both countries. While there, he signed a number of agreements pertaining to security, defense, science, and business.

ICC prosecutor has Duterte on their radar again

The assertion states that the currently-recognized monetary system in the world will eventually revert to the possibility of returning to the gold standard system.

The gold standard refers to a monetary system in which the value of a nation’s currency is determined by the total amount of gold in circulation. On the other hand, there is no evidence to suggest that the current system of fiat currency will be replaced. In a system known as fiat, the value of money is not tied to any physical asset, such as gold or silver, but rather is determined solely by the actions of central banks.

The “Wealth of Humanity,” which the claim stated will be utilised upon the return of the gold standard, is also a fallacy. This is predicated on the myth that the Marcos family owns and has access to a “million tons of gold,” a claim that Rappler has disproved numerous times in the past. The Marcos family does not have access to a “million tons of gold.”

In the same vein, the assertion made in the movie that once the gold standard is reinstated, the Philippines will be among the wealthiest countries in the world is not true. The World Gold Council reports that as of June 2022, the Philippines only has 153 tons of gold reserves, putting it in a position of last place among 26 other countries in terms of the quantity of their gold reserves.

According to information provided by the Bureau of Treasury as of the month of June’s end, the total amount of the Philippine government’s debt was P12.79 trillion.

According to a report that was released by the World Economic Forum on May 16, 2022, the total amount of global debt had already reached $303 trillion in 2021.