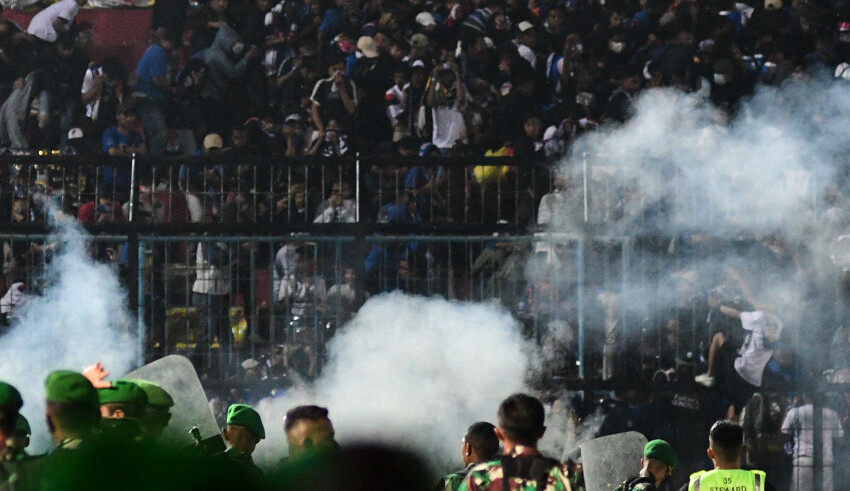 Following his decision that all Liga 1 matches be halted, President Widodo declared that he hopes this will be the "final soccer tragedy in the nation."
(c) InsideTheGames

At least 125 people have lost their lives in what is now being called one of the deadliest stadium disasters in the history of the globe in a crush that occurred during an Indonesian football match.

In addition, hundreds of people were injured as a result of the loss that the host team, Arema FC, suffered against fierce rivals at an overcrowded stadium late on Saturday night in Malang, East Java.

Fans who had overrun the pitch were met with tear gas by the police, which led to the crush that ensued.

As the fear spread, thousands of people rushed towards the exits of the Kanjuruhan stadium, where many of them suffocated.

The International Federation of Football Associations (FIFA), which is the governing body of football around the world, has stated that “crowd control gas” should not be transported into matches or deployed there.

Gianni Infantino, the current president of the organization, described the incident as “a horrible day for those involved in football and a tragedy beyond comprehension.”

After the situation with the supporters became “heated,” according to the account of one eyewitness who spoke to the BBC, the police shot multiple rounds of tear gas “continuously and quickly.”

A hole that was blasted through the wall next to one of the exit gates is evidence of the desperate attempts people made to escape the crush that developed.

Candles have been left at the entrance by well-wishers as a memorial to the those who were hurt in the attack.

The doors themselves are tilted outward, which is a sign of the immense level of power that is coming from the interior.

At one point, Indonesian authorities estimated that the number of fatalities caused by the accident could reach as high as 174 persons, however this estimate was eventually reduced.

Joko Widodo, the President of Indonesia, has issued an order that all matches in the country’s highest league be halted until an inquiry has been completed.

The Indonesian Football Association (PSSI) stated that an investigation had been opened and added that the act had “sullied the face of Indonesian football.”

Arema FC and Persebaya Surabaya have been rivals for a very long time, which has led to a history of violence at football matches in Indonesia.

However, in order to prevent potential violence, supporters of Persebaya Surabaya were not allowed to purchase tickets for the game.

According to a post that was made on Instagram by the Chief Security Minister Mahfud MD, 42,000 tickets had been sold for the match that was going to take place at the Kanjuruhan stadium, which has a declared capacity of 38,000.

Following his decision that all Liga 1 matches be halted so that an investigation may take place, President Widodo declared that he hopes this will be the “final soccer tragedy in the nation.”