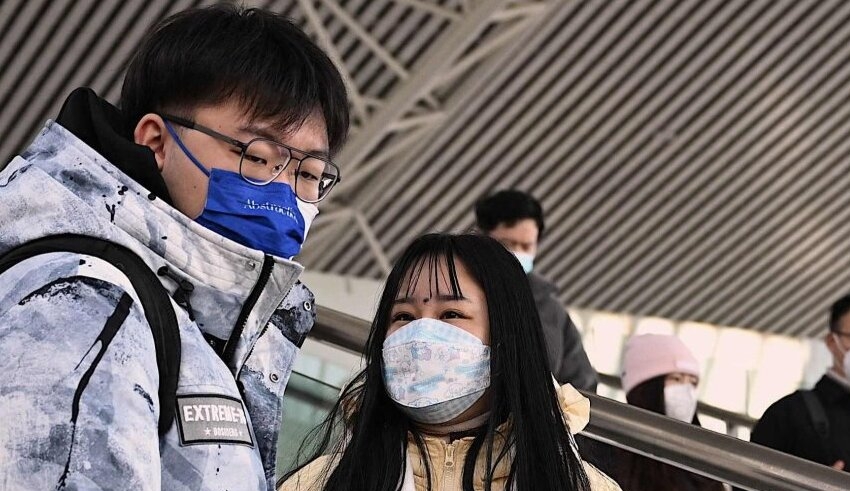 According to Vice Premier Sun Chunlan, who is in charge of managing China's response to the virus, the current epidemic is at a "relatively low" level.
(c) Daily Sabah

China stated that the worst was over in its fight against COVID-19 prior to what is set to be the biggest travel day in years on Friday, January 20, a huge movement of people that has stoked worries of a new outbreak.

State media reported late on Thursday, January 18 that Vice Premier Sun Chunlan, who oversees China’s virus response, stated that the outbreak was at a “relatively low” level, after health officials reported that the number of COVID patients in clinics, emergency rooms, and critical conditions had peaked.

But significant skepticism surrounds China’s story of an outbreak that has overloaded hospitals and crematoriums since Beijing abandoned rigorous COVID regulations and mass testing last month and released the virus on its 1.4 billion people in response to demonstrations against the anti-COVID program.

Airfinity, a British health data organization, predicts that COVID mortality might reach 36,000 per day within the next week. Some health experts estimate that more than one million people could die from the disease in China this year.

“Recently, the general epidemic throughout the country has been rather low,” Sun was quoted as saying by the state-run news agency Xinhua.

“The number of critically sick patients in hospitals is progressively declining, but the rescue mission remains demanding.”

Her remarks were made on the eve of what is anticipated to be the largest travel day in China since the outbreak of the epidemic in late 2019, when millions of city-dwellers go to their hometowns for the Lunar New Year holiday, which begins on Saturday.

This week, President Xi Jinping stated that he was concerned about an inflow of travelers to rural regions with limited medical infrastructures and that protecting the elderly, many of whom are not completely vaccinated, was a major priority.

According to a report issued by the World Health Organization on Thursday, China recorded the greatest number of COVID-19 hospitalisations since the start of the epidemic for the week ending January 15.

The number of hospitalizations increased by 70% from the previous week to 63,307, according to figures supplied to the WHO by Beijing.

However, health officials stated during a press conference on Thursday that the number of COVID patients presenting to hospitals had peaked, with more than 40 percent fewer persons being treated for serious situations on January 17 than on January 5.

China reported on Saturday that approximately 60,000 individuals with COVID died in hospitals between December 8 and January 12 — a roughly 10-fold increase compared to earlier reports.

However, this figure does not include people who passed away at home, and some Chinese physicians have said that they are prohibited from listing COVID on death certificates.

Investors are optimistic that China’s reopening would eventually help revitalize its $17 trillion economy, putting wagers that have pushed Chinese equities and the yuan to multi-month highs in recent trading sessions.

The reopening of China’s economy is widely anticipated to unleash a rush of pent-up demand, Nomura analysts said in a note.

The economists cautioned, however, that a decline in family wealth and a rise in youth unemployment, a hangover from years of recession, might dampen the recovery.