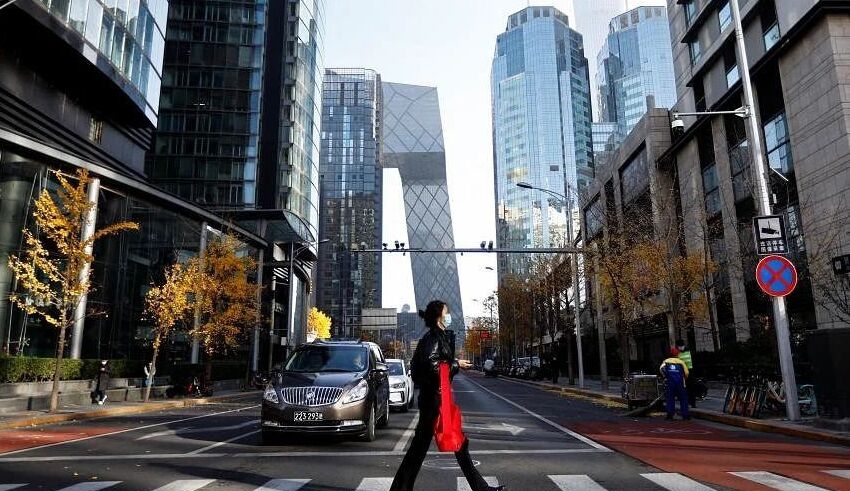 People in China are resuming travel before to the Lunar New Year, despite concerns about infections, after Beijing lifted COVID-19 restrictions last month, with air passenger volumes rebounding to 63% of 2019 levels since the beginning of the annual travel season.

China’s chief of the Civil Aviation Administration, Song Zhiyong, stated that the rapid economic recovery is putting pressure on the capabilities of airlines to assure safety, and that pandemic-related hazards require special attention.

Song stated in a statement released on Friday, January 13, that the industry must “completely comprehend the uniqueness and complexity of the Spring Festival migration in 2023.”

Since the start of the annual migration on January 7, when Chinese citizens began returning to their hometowns in preparation for the holiday beginning on January 21, the number of aircraft passengers has reached 63% of the 2019 total before the epidemic, according to the aviation authority.

China reopened its borders on January 8 after unexpectedly abandoning a tight anti-virus system of frequent testing, travel restrictions, and mass lockdowns in December, which had sparked historic countrywide demonstrations in late November.

The transport ministry predicts that passenger transportation volumes would increase to 70.3% of 2019 levels during the festive migration, which runs until February 15.

Friday’s 46,000 daily incoming tourists in the gaming capital of Macau were the largest number since COVID-19 debuted in early 2020, with the bulk coming from the mainland, according to the municipal administration. It anticipates a Spring Festival tourism surge.

The holiday week is also an important period for the launching of new films in China.

A brokerage predicts that cinema box office receipts would generate as much as 10 billion yuan ($1.5 billion) during the Spring Festival season.

Although the amount is comparable to that of 2022, it indicates a resurgence in yearly ticket sales, since cinema visitor numbers dipped as COVID-19 intensified and prompted spring lockdowns in key cities such as Shanghai, the economic center, in 2018.

Seven new Chinese films, including the much awaited sequel to The Wandering Earth, will be exhibited during the festival, which is projected to stimulate revenue growth.

In the most optimistic scenario, Topsperity Securities anticipates festival box office receipts to reach 10 billion yuan. According to the Investment Bank CICC, the amount might exceed 8.6 billion yuan.

Infections are predicted to increase in rural regions, however, as hundreds of millions of people return from urban centers.

The majority of top-selling oxygen-generating equipment is sold out on e-commerce platforms such as JD.com, according to checks by Reuters and online comments from purchasers.

Recently, the Jiangsu Yuyue Medical Equipment & Supply Co. told investors on an internet forum that it is using all available resources to meet consumer demands.

In addition, the China Securities Journal said that the rising demand for health checkups among people who have recovered from COVID-19 is increasing hospital demand for CT scanning equipment.

This week, the World Health Organization issued a warning about holiday travel dangers.

Caixin reported this week that a Chinese specialist has cautioned that the worst of the outbreak has not yet gone.

“Our primary concentration has been on major cities. It is time to focus on rural regions,” former top epidemiologist of the Chinese Center for Disease Control and Prevention Zeng Guang was reported as saying.

He stated that many rural residents, including the elderly, the sick, and the crippled, were being neglected due to the lack of adequate medical facilities.

In the previous month, authorities have reported five or fewer fatalities each day, which is contradictory with the huge lines observed at funeral businesses and the corpse bags leaving overcrowded hospitals.

China has not published COVID-19 mortality statistics since Monday. In December, authorities stated that monthly rather than daily updates were planned.

China has recorded one of the lowest fatality rates since the epidemic began, with just over 5,000 COVID-related fatalities documented since the pandemic began.