The Asian Affairs > Latest News > Malaysia > All access points at Malaysia’s borders are under control, according to the IGP 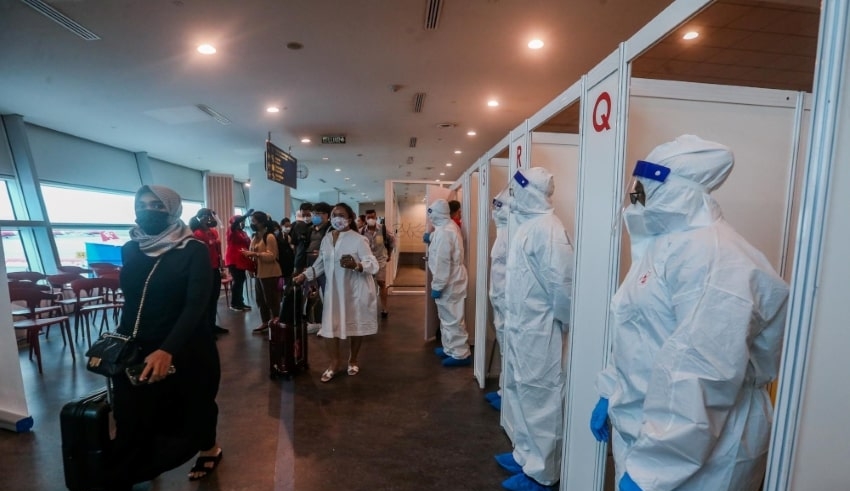 Following the reopening of Malaysia's borders after two years due to the Covid-19 outbreak, Inspector-General of Police (IGP) Tan Sri Acryl Sani Abdullah Sani stated the situation at all entry points at the country's borders is under control, with no unusual occurrences reported.
(C) Malay Mail

Malaysia – Following the reopening of Malaysia’s borders after two years due to the Covid-19 outbreak, Inspector-General of Police (IGP) Tan Sri Acryl Sani Abdullah Sani stated the situation at all entry points at the country’s borders is under control, with no unusual occurrences reported.

He said that the police had enough officers on duty at border crossings to guarantee that cross-border traffic runs smoothly.

He also told reporters following the Enforcement Agency Integrity Commission (EAIC) commendation ceremony that the collaboration between the police and the people is one of the reasons why everything is moving well without any complications on the day Malaysia’s borders reopen.

He reminded the people to always follow the government’s standards and normal operating procedures, especially when it came to cross-border travel.

In accordance with the government’s intention to transition to the endemic phase, Prime Minister Datuk Seri Ismail Sabri Yaakob announced on March 8 the reopening of Malaysia’s borders on April 1.

When questioned about the topic, Acryl Sani denied that there was any outside meddling or efforts by any cartel to select key positions in the police force.

“There is no such thing as a police cartel because if there were, everyone would see a group of people who are constantly in the forefront.”

“The deployment of officers and people must go through multiple screening processes at the contingent and management department levels before coming to me and then being presented to the Police Force Commission for a final approval,” he explained.

He went on to say that the rigorous vetting procedure made it difficult for any individual manipulation or outside involvement.

“I don’t see that occurring,” he added, adding that if there is outside influence, the senior officers’ lineup would be disrupted.

The EAIC unanimously decided on February 28 that former IGP Tan Sri Abdul Hamid Bador had forfeited his right to speak on the cartel problem since he had failed to offer any evidence to support his assertion.