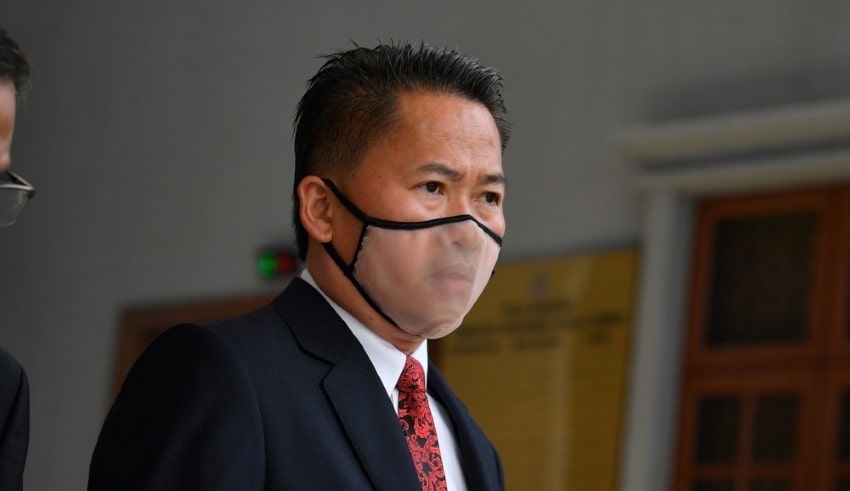 The case of Datuk Peter Anthony, the former Sabah Minister of Infrastructure Development, will be determined whether guilty or not of faking a contract letter for maintenance and repair of the mechanical and electrical system (M&E) of Universiti Malaysia Sabah (UMS).
(C) Malay Mail

Malaysia – On May 26, the case of Datuk Peter Anthony, the former Sabah Minister of Infrastructure Development, will be determined whether guilty or not of faking a contract letter for maintenance and repair of the mechanical and electrical system (M&E) of Universiti Malaysia Sabah (UMS).

Judge Azura Alwi of the Sessions Court set the date after hearing both the defense and prosecution’s arguments at the conclusion of the defense’s case.

According to her, when she delivers the ruling, she will provide the reasons for her judgment.

The prosecution was led by deputy public prosecutor Datuk Wan Shaharuddin Wan Ladin, who was assisted by Haresh Prakash Somiah and Francine Cheryl Rajendram, and Peter was defended by attorney S Devanandan.

Earlier, Devanandan argued that the support letter on the contract work of M&E maintenance and service for UMS was not typed in the office of Asli Jati Engineering Sdn Bhd (AJESB) by third prosecution witness (SP3) Mohd Shukur Mohd Din, based on the statements of Peter, the first defense witness (SD1), and his personal assistant Imy Christopher (SD2).

All access points at Malaysia’s borders are under control, according to the IGP

He stated it was unfair for the prosecution to claim that Peter put the “title” to the letter.

“Nurul Aiman Azmail’s (SD3) evidence clearly says that a forensic investigation of the computer’s hard drive would disclose if the draft letter was entered in the computer and whether there are any additions to the document,” the lawyer stated.

Meanwhile, Wan Shaharuddin said that Peter fabricated a letter typed in his office, and Mohd Shukur claimed that he placed an empty letter in Peter’s office with the deputy vice-letterhead, chancellor’s and the next day received a printed letter from Peter with the date, content, and title.

“We ask the court to record that the prosecution’s findings have established the case beyond a reasonable doubt,” he said.

Between June 13 and August 21, 2014, Peter, as managing director of Asli Jati Sdn Bhd, was charged with forging a letter from the Universiti Malaysia Sabah deputy vice-office chancellor’s dated June 9, 2014, by inserting a false statement in the letter’s title with the intent of deceiving the office of the principal private secretary to the prime minister at the Perdana Putra building in Putrajaya.

He was charged under Penal Code Section 468, which carries a maximum sentence of seven years in prison and a fine if convicted.