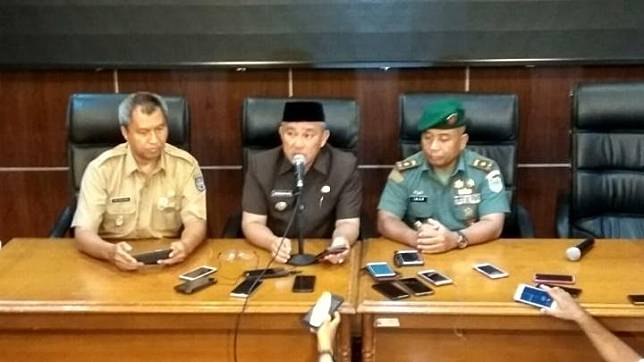 There is an alleged corruption on the government’s COVID-19 aid that was distributed to residents directly affected by the pandemic. The Depok City administration is reportedly investigating on this report, which the devious act is said to have been committed by a local community leader (RT).

This corruption related to the social assistance (Bansos), according to Depok Mayor Mohammad Idris

Furthermore, the mayor said that the administration has commenced an investigation on the level of local community leaders up to the district-level bureaucracy. As for Depok’s financial aid has been distributed to around 30,000 residents.

According to the Social Agency of Depok, the corruption of COVID-19 financial aid in the region had been committed by a community leader, even though not all of the people in the community bureaucracy were involved in the practice.

One of the strategy is by boosting the local production of ventilators, which has become an essential tool to treat patients of coronavirus (COVID-19).

“With the existence of domestic products, traders will not have enough room to play with,” said Arya on Sunday, April 19.

As of now, there are several local parties that have been developing ventilators. They are ranging from government institutions up to state universities such as The Energy and Mineral Resources Ministry, the Bandung Institute of Technology (ITB), and the University of Indonesia (UI).

Besides, Arya also said that the development of ventilators needs to be medically-tested prior to a large-scale production batch.

The ministry, accordint to him,  has appointed at least three SOEs to handle the production of the medical ventilators, namely PT Dirgantara Indonesia, PT Pindad, and PT LEN.

During the discussion, Arya revealed that he suspected mafias existed in the medical equipment industry. They are alleged to do the operations with a high amount of imports on the equipment even though there have been promising updates on locally developed ones.

“Why must we import. This means there are traders, Pak Erick Thohir (SOE Minister) thought that there must be someone that is forcing this trading to go on,” Arya said. He also even revealed that the imports of healthcare-related products constitute 90 percent of the existing equipment, raw medical ingredients, and medicines in the country.