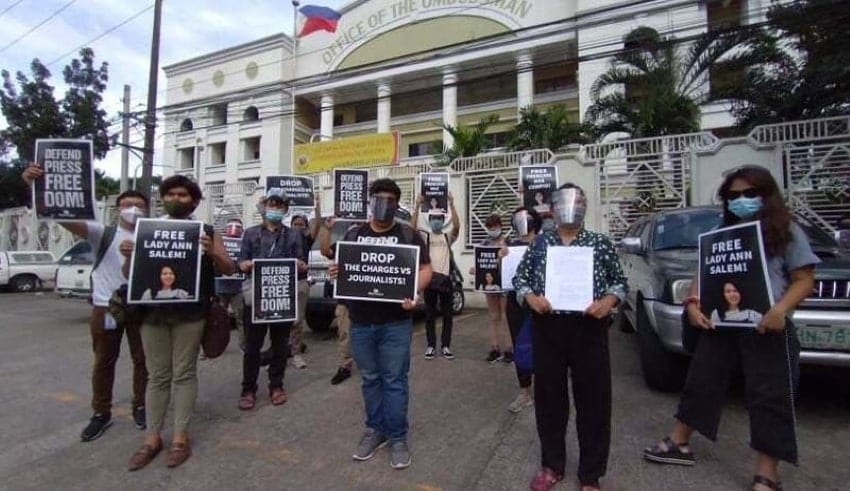 Alternative media network AlterMidya and three affiliates of its network asked the Ombudsman's Office to fire three officials of the anti-communist task force of the government over their baseless red-tagging.
(C) Philstar

Alternative media network AlterMidya and three affiliates of its network asked the Ombudsman’s Office to fire three officials of the anti-communist task force of the government over their baseless red-tagging, a tactic that endangers those identified as insurgents and terrorists.

"International Media Support calls for an end to the deadly practice of red-tagging in the Philippines."

The NTF-ELCAC spokesmen, Lt. Gen. Antonio Parlade Jr. and Lorraine Badoy, and their Executive Director, Allen Capuyan, are named as the one who receive it. Another one is that Badoy is now an undersecretary at the Office of Presidential Affairs Activities, while Capuyan is also the chair of the National Indigenous Peoples Committee.

Consequently, The four media outfits were confronted of breaking the Code of Ethics and Professional Principles for Elected Officers and Workers, Republic Act 3019, the Anti-Graft and Corrupt Practices Act, and RA 6713.

They even encourage the Ombudsman during the inquiry to put the three officials under protective suspension and eventually remove them from service with the forfeiture of benefits.

The four media outfits also made an importance in this latest suit that Parlade accused Altermidya, Bulatlat and Kodao on May 12 of being “long-time division” of the Communist Party of the Philippines, and of being produced by it. In a redacted Facebook post, Badoy echoed Parlade’s allegations.

In the senate, the red-tagging didn’t stop and surprisingly they insisted what they want. So there’s a presentation at a hearing on December 1, charging that AlterMidya and its affiliate organisations are part of the National Propaganda Bureau of the CPP.

With everything that is happening, The accusations were denied by AlterMidya. In response to the testimony in the Senate, Journalism professor and AlterMidya chairman Luis Teodoro said that the fundamental ethical and professional responsibility of truth-telling in journalism has always been AlterMidya’s guiding principle is concerned as it is with the need to develop the awareness to democracy.