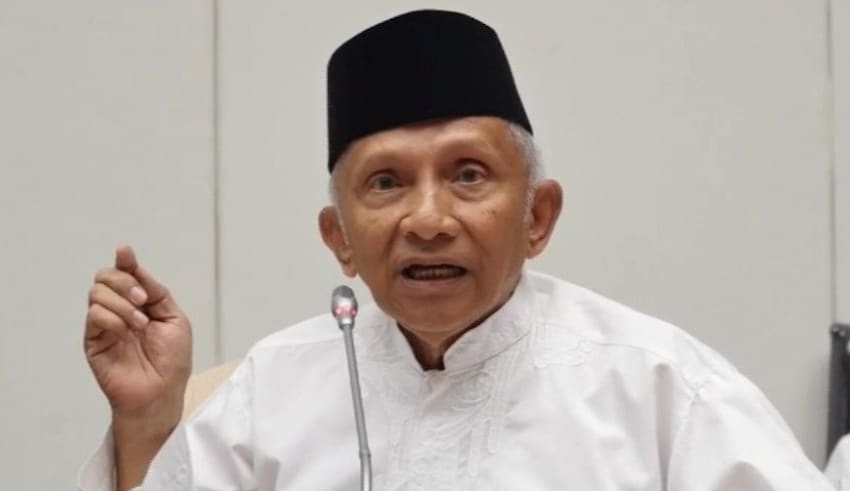 The founder of the National Mandate Party (PAN) Amien Rais called the PAN V Congress atmosphere like a terrorist congress because it was escorted by around 1,300 police officers. Amien considered that the amount was excessive because the police were almost in every area of ​​the hotel where the V PAN Congress was being held.

“I don’t blame the police, but this is a bit excessive. The congress participant who had the vote was 590, who came to 1,300 police, as if one person was watched by two policemen,” Amien told her Instagram social media account, @amienraisofficial, Thursday (26/2).

The government was also asked not to ratify the results of the PAN V Congress in Kendari, Southeast Sulawesi (Southeast Sulawesi) on 10 to 12 February 2020 ago. The reason is, his party will soon provide sufficiently complete evidence of what actually happened in Congress.

According to him, the evidence was obtained in the form of pictures from the South Sulawesi Regional Police Chief Brigadier General Merdisyam and the Claro Hotel. “Do not endorsed yet because immediately we have a team that has told me to bring a fairly complete proof of how it actually happened, what happened at the congress in Kendari,” Amien said.

Even Amien Rais also revealed the presence of outside forces that helped destroy and destroy PAN. However, Amien refused to mention the figure of the outside force referred to.

On the same occasion, Amien conveyed his apologies for the upheaval in the Congress to all Indonesian people, especially PAN voters.

According to him, there is no other political party that is as bad as PAN because it has presented the worst spectacle of democracy as long as the Republic of Indonesia was established.

“Other parties are not as bad as my party, I apologize to the political community in our country, as well as PAN supporters and voters who are close to 10 million,” he said.

The steps of the General Chairman and PAN incumbent general chairman Zulkifli Hasan alias Zulhas were also suspected of violating the Statutes / Bylaws (AD / ART) ahead of the holding of the PAN V Congress.

One of them is in the selection of figures who sit on the executive committee (OC) and steering committee (SC). “Indeed, ahead of the PAN Congress the DPP under Zulhas did things that were actually inappropriate. A lot of articles of AD / ART were violated, then the SC was also not so fair, even 100 percent of the OC was from say Zulhas’ camp,” said The former Chairman of the PAN Honorary Council.

He also mentioned that the absence of public opinion, the accountability report of the PAN DPP management for the 2015-2020 period, and the narrative direction of the PAN for the next five years is unusual.

Amien Rais added, those who hate PAN were happy to see the condition of PAN in the V PAN Congress in Kendari yesterday. For this reason, he asked Zulhas not to continue the methods as was done during the V PAN Congress because it could destroy PAN. “So you have a solution, there is always a middle ground. Don’t play like yesterday, this is the Indonesian nation glaring at our party and those who hate PAN are saliva or their saliva, they are very happy because they have beaten us,” Amien said.