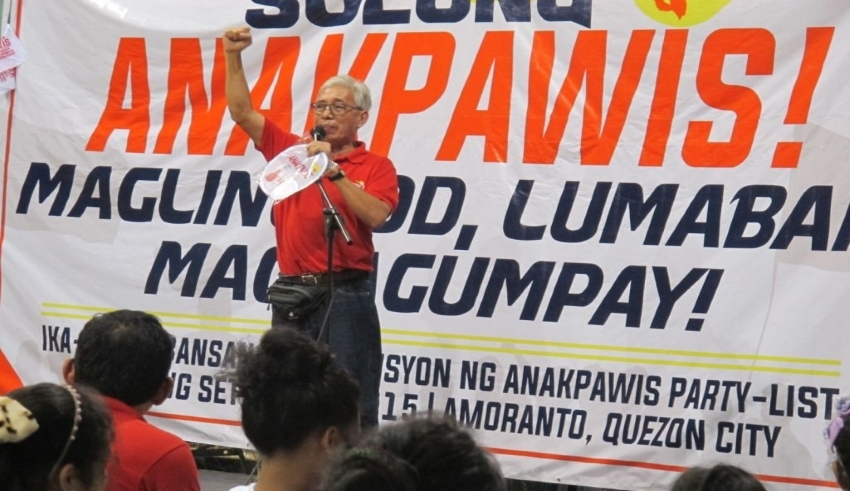 According to the party-list group, a neighbor was also killed.

Echanis, 72, who was the national chairperson of the party-list, was undergoing a medical treatment and unarmed when alleged police forces raided his residences. He was stabbed in the wee hours of the morning.

Former Anakpawis representative Ariel Casilao condemned Echanis killing condeming that this is the culture of extrajudicial killings under the Duterte government.

He’s also claiming that this is the government’s declaratory act that leaders of legal-democratic movement will be the target of the killings.

Echanis was a long time NDFP consultant and part of the committee on socio-economic reforms.

The farmers’ group called for national indignation and denouncement of the criminal act. KMP chair Danilo Ramos said that Echanis’ killing is made more ruthless amid the pandemic when death and hunger abounds.

He remembered Echanis as a selfless and resolute leader who lived a simple life and made big contributions on socio-economic reforms. The two groups also slammed the new anti-terrorism law where they claim this new law will lead to more human rights violations against activists.