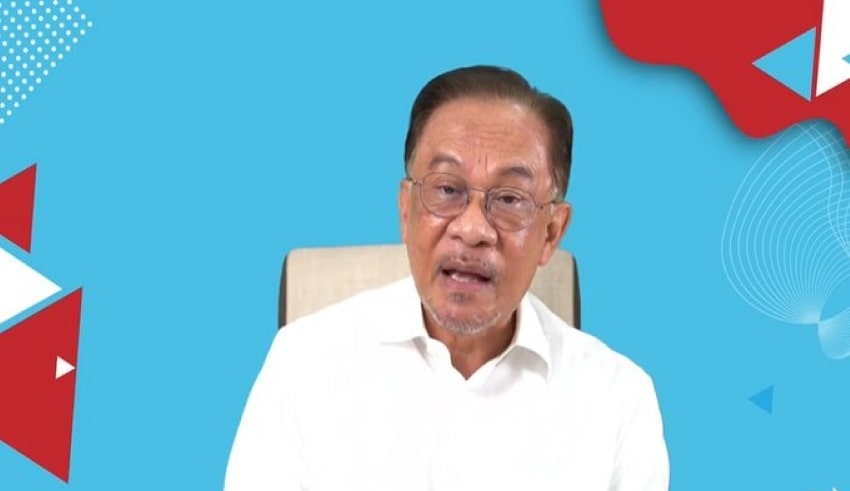 KUALA LUMPUR:  Malaysian opposition leader Anwar Ibrahim has filed a complaint against Prime Minister Muhyiddin Yassin and the federal government by initiating a judicial review questioning the advice of Mr. Muhyiddin to the king to suspend palliative sessions during the state of emergency of the country.

Mr Anwar’s counsel, Ramkarpal Singh, claimed in a statement on Tuesday (January 26) that the application for leave for judicial review was filed on Monday by the leader of the Keadilan Rakyat Group at the Kuala Lumpur High Court.

Mr Singh added: “Among reliefs sought in that application is a declaration from court that the Prime Minister’s advice to the King to suspend Parliament during the period of the emergency proclaimed recently is against the law and the federal Constitution.”

Mr Singh, who is also an opposition lawmaker for the constituency of Bukit Gelugor, stressed that what is being questioned is not the declaration of emergency, but the decision of the prime minister, through the Cabinet, to advise the king to allow Rule 14 of the 2021 Emergency (Essential Powers) Ordinance that suspends parliament during the time of emergency.

“The Prime Minister’s advice is said to be in contravention of the law,” Mr Singh said.

He added that he hoped that the appeal would be heard early on in the High Court.

On January 12, King Al-Sultan Abdullah Ri’ayatuddin Al-Mustafa Billah Shah of Malaysia announced a countrywide state of emergency to curb the spread of COVID-19. Depending on the condition of coronavirus infections, the emergency will last until Aug 1 or earlier.

Mr Muhyiddin later suggested that during the duration of the state of national emergency, no parliamentary sitting or election would take place.

This prompted criticism from both the government and the opposition from different politicians. On Jan 14, Mr Anwar called on Members of Parliament (MPs) to write to the king and plead for the emergency proclamation to be removed and for the parliament to be convened as soon as possible.

With all states except Sarawak put under the Movement Control Order until Feb 4, the government is grappling with the COVID-19 pandemic. A total of 186,849 COVID-19 cases have been registered in Malaysia as of Monday, of which 41,076 are officially listed as active or infectious. 689 deaths have also occurred.