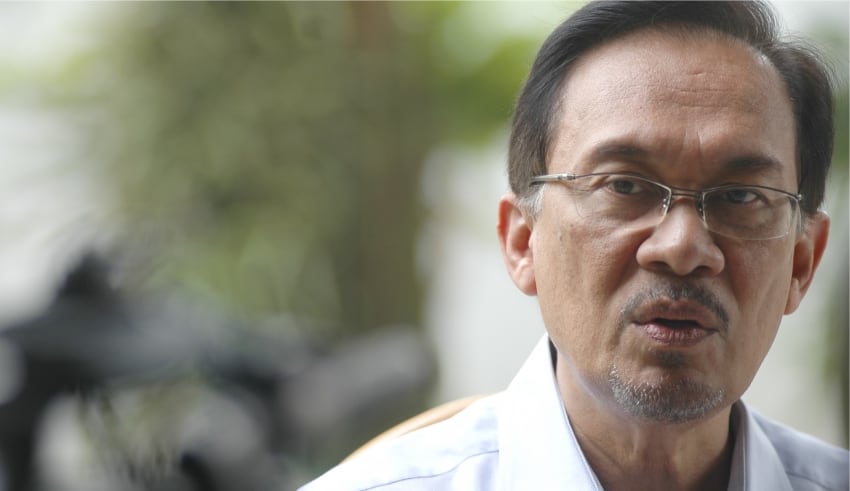 Datuk Seri Anwar Ibrahim said today that he had refused his request to briefly become deputy prime minister when Tun Dr Mahathir Mohamad is again becoming prime minister because of concerns centered on previous negative encounters and because he felt it would contribute to the old problem of power transfer becoming a subject again.

However, the PKR president also pointed out that MPs still lacked majority support for Dr Mahathir ‘s idea of being backed as a candidate for prime minister.

Anwar emphasized that PKR ‘s allies in Pakatan Harapan — DAP and Parti Amanah Negara — explicitly support him as prime minister, but noted the second alternative of endorsing Dr Mahathir as prime minister and briefly emerging with Anwar as deputy prime minister due to the need for majority support. He did not find the second suggestion — to make Dr Mahathir become prime minister for six months until Anwar succeeds him — to be a deception by PH allies, but then described it as a pure difference of opinion with his allies who backed him.

In view of the country’s economic problems as a consequence of the Covid-19 pandemic, Anwar also indicated that the same issue — in the spotlight on Dr Mahathir’s handing over of the prime minister ‘s position to him — would easily emerge if he were to be deputy prime minister for six months under the scheme of the second choice.

Anwar often alluded to his traumatic experience more than twenty years earlier, where he retained the role of deputy prime minister when Dr. Mahathir was in his first term as premier. The events of the 1990s had seen Anwar being sacked and imprisoned after being charged in court, but both he and Dr. Mahathir had joined forces against the current ruling coalition in the 2018 election.

Noting that his allies insisted on him briefly being deputy prime minister under the second choice until Dr. Mahathir relinquished the position of prime minister, Anwar said he considered it impossible to bear this circumstance and alluded to the condition as a potential repeat of old errors.

Taking the opportunity to address various hot topics, Anwar said the PH coalition remains strong despite the differences of opinion between PKR and its allies, DAP and Amanah, pointing out that their pact was not newly formed as they had worked together since the earlier iteration of the coalition as Pakatan Rakyat.

Anwar said Pakatan Harapan will continue to collaborate with Dr Mahathir and Parti Warisan Sabah, adding that PH is still strong in its aim of eliminating the new Perikatan Nasional alliance from control to satisfy the mandate of the voters in the 2018 general election.

Anwar denied that PKR wished to stay solely as an opposition party, stating that attempts would continue to obtain majority support from MPs, but said this will not be achieved by intimidation or suspected “buying” help with pledge of roles in government-linked firms.

Anwar also stated that Gabungan Parti Sarawak — seen as a crucial kingmaker for federal power — is an independent entity representing Sarawakians and should be given the freedom to make their own decisions.