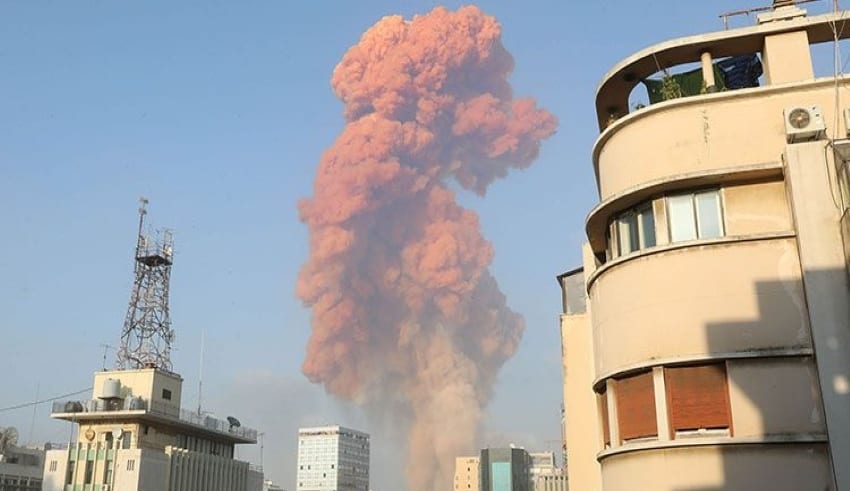 Two Filipinos were killed while eight others were injures in the massive explosions in Beirut, Lebanon.
(C) CNN Philippines

BEIRUT – Two Filipinos were killed while eight others were injures in the massive explosions in Beirut, Lebanon on Tuesday, the Department of Foreign Affairs said.

According to Affairs Assistant Secretary Ed Menez the latest report from the Philippine embassy confirmed that the two have been killed were in their employer’s house during the explosion.

DFA Condoles with Families of OFWs Who Died in Beirut Explosion: https://t.co/BTVmijguLW@DFAPHL, through the Office of the Undersecretary for Migrant Workers Affairs, has already reached out to the next of kin of the two OFWs who died from the explosion in Beirut, Lebanon. pic.twitter.com/o4phhs0cpq

DFA Undersecretary Sarah Arriola said that other Filipino who have been injured were also household workers.

The massive explosion allegedly cause by ammonium nitrate deposited in the port sent a shockwave that caused massive destruction to surrounding properties across the radius of several kilometers.

11 missing Filipino seafarers who intially were missing was found onboard the MV Orient Queen cruise when the blast occured.

The government also confirmed that they are working to bring back Filipinos who wish to go home. The DFA are expecting to repatriate 230 Filipinos including the remains of two Filipinos killed in the explosion.

The massive blast have killed atleast 80 and wounded 4,000. Lebanon’s Prime Minister Hassan Diab confirmed that 2,750 tons of ammonium nitrate that has been stored for six years without safety measures endangered the safety of its citizens. There are currently 33,000 Filipinos living in Lebanon, with majority of the population living in the Greated Beirut.