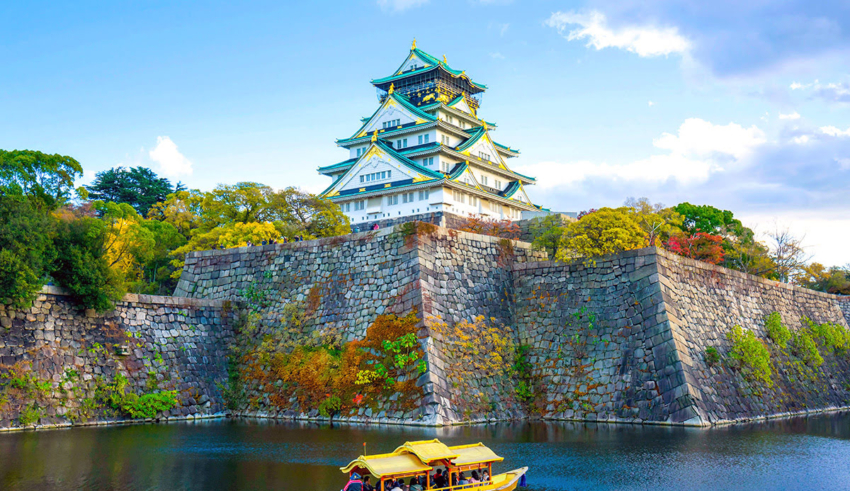 One of Japan's greatest towns, Osaka, is located where the River Yodo empties into the broad expanse of Osaka Bay, which stretches out into the Pacific
(C) agoda

One of Japan’s greatest towns, Osaka, is located where the River Yodo empties into the broad expanse of Osaka Bay, which stretches out into the Pacific, on the south coast of western Honshu. Osaka has gained the title of “Venice of the East” due to its location on the Yodo delta and extensive network of waterways and canals that are connected by more than a thousand bridges.

Osaka’s roots can be traced to the early years of the Japanese Empire, but today it is without a doubt one of the most modern cities in Japan, with a futuristic skyline and numerous impressive examples of contemporary architecture. Its numerous cultural institutions have contributed to its top-tier reputation. Its numerous world-class museums and art galleries, as well as its cutting-edge theatres, concert halls, and entertainment destinations, all of which together make up an endless list of uncommon things to do.

Let us take a look at the top 10 tourist spots in Osaka.

The construction of Osaka Castle, often known as “saka-j,” took only three years to complete. Toyotomi Hideyoshi, a famous Japanese warrior and politician, had the biggest fortress in Japan erected to his specifications at the time. The largest stone was the Higo-ishi stone, which is located close to the south gate, and nearly all of Hideyoshi’s military leaders were compelled to contribute stones to its building. The renowned General Kato Kiyomasa from the island of Shodo helped to its construction, which resulted in a structure that is nearly six metres high and 14.5 metres long.

The most well-known temple in Osaka, Shitenn-ji, dates back to AD 59. It served as the earliest Buddhist temple in Japan. This beautiful temple has been rebuilt multiple times throughout the centuries—the most recent one was in the 1960s—but it continues to be the oldest place of worship that is still under government administration.

The Osaka Aquarium Kaiyukan, which has a slight appearance of being constructed of enormous Lego blocks, is well worth visiting. This walk-through aquarium offers visitors a fascinating tour of several marine environments and is one of the biggest such attractions in the entire globe. These comprise the Pacific Ocean, Antarctica, the Great Barrier Reef, and Monterey Bay, among others.

Freshwater species, local reptiles, and mammals are all included in the display of marine life from Japan. The facility has a total of 27 tanks, the largest of which is nine metres deep and can readily house enormous marine life like manta rays and sharks.

Some of the greatest views of Osaka can be found from the Tempozan Ferris Wheel, especially of the port region and Tempozan Harbor Village, where it is situated. With a circumference of 100 metres and a height of more than 112 metres, this enormous Ferris wheel is one of the biggest of its kind in Asia.

This well-known attraction, which has been running since 1997, provides a thrilling 17-minute ride that is especially fun at night when the wheel is lit up in a variety of different colours depending on the weather. Those looking for a thrill can choose one of the unique “see-through-bottom” cars for an amazing 360-degree view of Osaka Bay.

Not just one, but two enormous buildings in Osaka have come to represent the city. The tallest of these, Kobe Port Tower, is situated close to the city’s main harbour on the outskirts. Even though it’s a little further from the city center, it’s unquestionably a must-see attraction that attracts large numbers of visitors.

This earthquake-resistant building was built from red steel and opened in 1963. It is 108 metres tall and still has a contemporary appearance. Spending time on the observation deck, which offers fantastic views of the city and the Kobe Port area, is the highlight of the trip.

Tstenkaku, the older of Osaka’s two towers, is one of the city’s most recognisable attractions and is situated in the city’s heart. It was really erected where a replica of the Eiffel Tower that had been built in 1912 and destroyed during World War II had once stood.

The current building, which was finished in 1956, continues to provide some of the best vistas of Osaka. The observation level on its fifth floor, where there is also a shrine to the God of Happiness, is where you can see the best of these views. The tower is illuminated with a dizzying display of neon lights if you visit at night.

7) The National Museum of Art

The National Museum of Art, Osaka (NMAO), a distinctive underground art museum, is situated on Nakanoshima, a small island between the Tosabori and Djima rivers, just a short distance from the city centre. This significant gallery, which was established in 1977, houses a sizable collection from some of the most well-known worldwide artists of the post-war era, including works by Picasso, Cézanne, and Japanese artists Kuniyoshi and Foujita.

Tennji Park (Tennji Ken), the largest green area in Osaka, offers a haven from the bustle of the rest of the city. The park is known for its many fragrant flowerbeds and cherry blossoms in the spring, but it’s also a delight to explore thanks to its many entertaining sculptures, ponds, and bridges.

The Osaka Science Museum (saka Shiritsu Kagakukan) is a fun activity for families travelling with children. Its bridge-like appearance could be attributed to its waterfront location.

The museum, which was established in 1989 and is located above the National Museum of Art, offers a wide range of interactive exhibitions centred on various science-related themes, ranging from astronomy to energy sources. It also has the first planetarium in the nation.

Osaka is home to many other beautiful examples of contemporary architecture in addition to the stunning architectural designs found in its museums and art galleries. The Umeda Sky Building (Umeda Sukai Biru), a stunning landmark made up of two office towers connected at the top by a sizable platform-like structure, is possibly the most well-known.