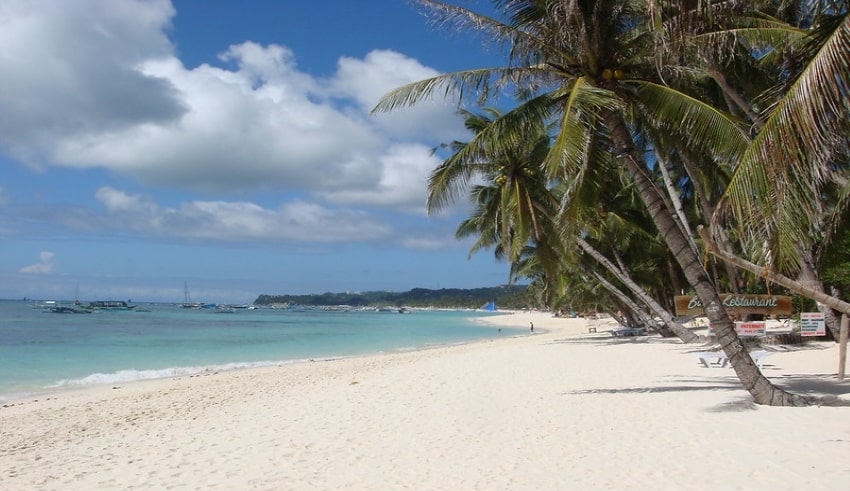 METRO MANILA – The Department of Tourism on Wednesday announced that top tourist destination, Boracay Island, to soon open doors to local tourist even from areas under general community quarantine (GCQ) after six months of closure.

Tourist from areas under the GCQ classifications will be allowed to visit the island while foreign tourist will still remain prohibited.

Under the proposed guidelines, travelers from GCQ areas would still be required to undergo  real-time reverse transcription-polymerase chain reaction (RT-PCR) test result 48 hours to 72 hours before the departure.

Travelers will also be advised to go on a strict quarantine after the pcr test until the time of the departure to Boracay Island.

Last July, IATF the age restrictions to local travellers age 21 below and 60 above to visit the island.

The airlines will be allowed to use Godofredo P. Ramos Airport in Caticlan as the only airport to limit and monitor the entry.

I’ll right away take hold of your rss as I can not find your email subscription hyperlink or e-newsletter service.
Do you’ve any? Please allow me realize so that I may
subscribe. Thanks.

You ought to take part in a contest for one of the best blogs on the net.

I most certainly will recommend this blog!

Wow that was unusual. I just wrote an incredibly long comment but after I clicked submit
my comment didn’t appear. Grrrr… well I’m not writing all
that over again. Anyway, just wanted to say wonderful blog!

It’s appropriate time to make some plans for the future and it’s time
to be happy. I’ve read this post and if I could
I wish to suggest you some interesting things or advice.

Perhaps you can write next articles referring to this
article. I desire to read more things about it!

I am truly pleased to glance at this weblog
posts which contains tons of valuable data, thanks for providing these data.

Hello there! Would you mind if I share your blog with my facebook
group? There’s a lot of people that I think would really enjoy your content.
Please let me know. Cheers

It’s awesome for me to have a web site, which is valuable in support of my know-how.

Hi there friends, how is all, and what you want to say about this paragraph, in my view its
truly amazing for me.

I’m really inspired together with your writing skills as neatly as
with the format in your blog. Is that this a paid theme or did
you customize it yourself? Anyway stay up the nice high quality writing, it’s uncommon to look a great weblog like this one these days..

Great post. I was checking continuously this blog and
I’m impressed! Very helpful information specifically the last part 🙂 I care for
such info much. I was seeking this particular info for a very long time.
Thank you and best of luck.

Hi! Would you mind if I share your blog with my twitter group?
There’s a lot of folks that I think would really enjoy your content.
Please let me know. Many thanks

Simply desire to say your article is as astounding.
The clarity in your post is simply spectacular and i can assume you’re an expert
on this subject. Fine with your permission allow me to grab your RSS feed to keep up to date with forthcoming
post. Thanks a million and please keep up the gratifying work.

Did you make this website yourself? Please reply back as I’m attempting to create my own personal site and would love to find out
where you got this from or exactly what the theme is called.
Thanks!

It is in point of fact a great and helpful piece of info.
I am glad that you simply shared this useful info with us.
Please keep us up to date like this. Thank you for sharing.

Hi there i am kavin, its my first occasion to commenting anyplace, when i read this paragraph i thought i could also make comment
due to this brilliant post.

Fantastic goods from you, man. I’ve remember your stuff previous to and you are simply too wonderful.
I actually like what you’ve obtained right here, certainly like what you’re saying and the way in which during which you are saying
it. You make it entertaining and you still take
care of to keep it wise. I can’t wait to read much more from you.
This is actually a wonderful website.

Hello it’s me, I am also visiting this website daily, this web page is actually fastidious and the users are actually sharing pleasant thoughts.