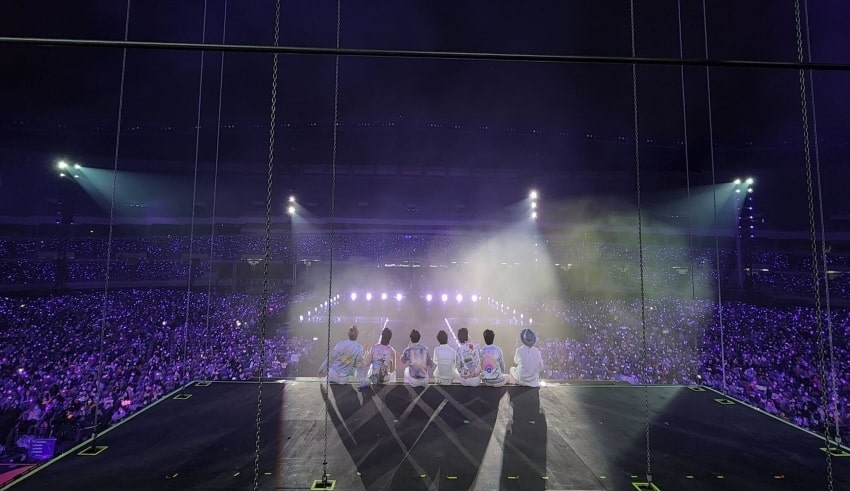 Large number of BTS fans flocked to Seoul on Thursday for the K-Pop singers' first public performance in the country since the outbreak, despite Covid laws prohibiting them from dancing or singing along.
(C) BTS / Twitter

South Korea – Large number of BTS fans flocked to Seoul on Thursday for the K-Pop singers’ first public performance in the country since the outbreak, despite Covid laws prohibiting them from dancing or singing along.

The septet’s three-concert series, dubbed as “Permission to Dance on Stage – Seoul,” begins Thursday evening at the capital’s Olympic Stadium.

BTS has gone from strength to strength since its last performance for domestic fans in 2019, with three Billboard-topping songs and two Grammy nominations.

Despite strict social-distance limits for BTS followers, known as ARMY, tickets for the three-night stand — totaling 45,000 seats — sold out in minutes.

South Korea is fighting an Omicron outbreak, with more than 300,000 cases confirmed as of Thursday. Chanting, singing, yelling, and even standing up are all prohibited.

Big Hit Music, the group’s agency, remarked on its Weverse social media site, “Instead, we urge for heartfelt applause to demonstrate support for the musicians.”

BTS members acknowledged their displeasure with the regulations ahead of the show, but pleaded for the fans’ patience.

J-Hope, whose actual name is Jung Ho-seok, remarked, “There is a particular energy that can be sensed from a person’s voice, and I wonder whether clapping can be enough.”

“We also want to genuinely hear the voices of our ARMY fans,” his bandmate Kim Tae-hyung, who goes by the stage name V, said, “but we are glad and appreciative for the fact that we can meet and see your faces.”

Some fans tried to sell their hard-won tickets after testing positive for the virus, according to a few social media postings.

Despite doing fewer performances during the pandemic, they are credited with earning billions for the South Korean economy, and their label saw a boom in revenues.

BTS was forced to cancel their greatest foreign tour, which included around 40 shows, in 2020, however they did have several online performances.

According to Billboard, the band’s first in-person gig since the outbreak occurred in November at SoFi Stadium in Los Angeles, where the four-night engagement grossed US$33.3 million (RM139.3 million).