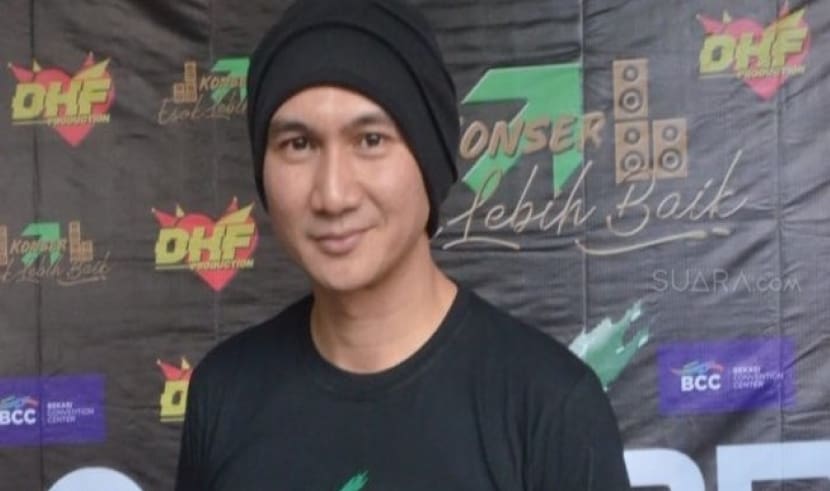 The name of Hadi Pranoto has been widely discussed on social media and has become trending on Twitter after being interviewed by singer Erdian Anji Prihartanto aka Anji on his YouTube channel.
(C) Teekdeeps

The name of Hadi Pranoto has been widely discussed on social media and has become trending on Twitter after being interviewed by singer Erdian Anji Prihartanto aka Anji on his YouTube channel. Anji called Hadi Pranoto as a professor and microbiologist.

In the video, Hadi Pranoto claims to have found medicine or herbal antibody to cure Covid-19. He even claimed to have healed thousands of people. According to Hadi, it only takes two to three days for treatment.

Hadi Pranoto then said, he had distributed the findings of antibodies to a number of regions in Indonesia such as Java, Bali, and Sumatra.

However, not long after the video circulated, many people sneered and doubted statements from Hadi Pranoto. Especially the efficacy of herbal medicines and his educational status.

Then, Anji and Hadi Pranoto’s interview video was deleted by YouTube. The video titled ’CAN BE RETURNED NORMAL? COVID-19 MEDICINE HAS BEEN FOUND !! ’which was first uploaded on July 31, 2020, is no longer available on Anji’s YouTube channel, duniamanji.

Anji and Hadi Pranoto’s interview video itself got strong criticism from researchers, medical experts, and social media netizens in general. Because, the interview was considered misleading, especially the claim of COVID-19 antibodies called by Pranoto can prevent and cure corona patients.

The Indonesian Doctors Association (IDI) traces the identity of a person who claims to be a microbiologist Hadi Pranoto. As a result, IDI stated that Hadi Pranoto was not a member of the professional group.

“We are trying to find the IDI member list, there is no Hadi Pranoto, as in the video,” PB IDI Vice-Chair General Adib Khumaidi said when contacted on Sunday, August 2.

Adib Khumaidi asked the police to investigate Hadi Pranoto, the person who claimed to have found the Covid-19 drug. Adib suspected Hadi had lied to the public through his statement in a video interview with musician Anji.

Microbiology lecturer at the Faculty of Medicine, Airlangga University, Agung Dwi Wahyu Widodo broke Hadi Pranoto’s statement that the virus that caused Covid-19 could only die at 350 degrees Celsius. From Agung’s experience, even at a temperature of 120 degrees the virus is inactive.

“So far we have used an autoclave that is 120 degrees, the virus has been inactive,” Agung said when contacted on Sunday, August 2. An autoclave is a closed heating device used to sterilize objects using hot steam and high pressure.

Agung claimed to be surprised when Hadi called the temperature 350 degrees to kill the virus. He questions, what medical devices can reach these hot temperatures. “Now what tools can be used to get rid of the virus to that temperature,” he said.

Spokesperson of Covid-19 Handling Task Force Professor Wiku Adisasmito asked the public not to easily believe information that could not be justified.

According to Wiku, regarding Herbal medicines in Indonesia in the form of Herbal Medicine, standardized Herbal medicines, and phytopharmaca that can be consumed by the public have been registered at the Food and Drug Supervisory Agency (BPOM) or the Ministry of Health.

The Health Ministry’s Director General of Disease Prevention and Control (P2P) Achmad Yurianto asked musician Anji to take responsibility for the video claim of Hadi Pranoto as the inventor of the co-19 coronavirus medicine.

Yurianto said the co-19 drug claims submitted by Hadi Pranoto must be firmly explained scientifically so that the public was not confused in a pandemic situation because the Ministry of Health did not yet know the drug.

In an interview with musician Anji, Hadi said that he found herbal medicines for COVID-19 which were distributed to Wisma Atlet Emergency Hospital.

So until now, there have been three drugs that are claimed to cure Covid-19, starting from the eucalyptus plant, arak, and most recently Hadi Pranoto.

Not to be outdone, the governor of Bali, a popular resort island, is pushing for his own remedy: breathing steam from boiled wine, traditional alcohol made from coconuts can cure the coronavirus.