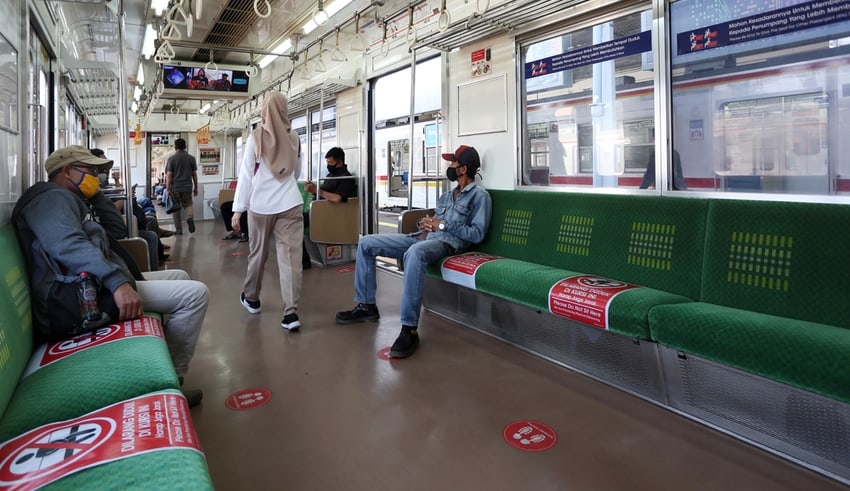 The transitional PSBB in Jakarta was extended for safety reasons.

The DKI Jakarta Provincial Government has made a decision regarding the continuation of the transitional large-scale social restriction (PSBB) in Jakarta. As a result, the transitional PSBB will be extended by 14 days.

As is known, the transitional PSBB should end on July 2, 2020. The DKI Provincial Government conducts an evaluation in the form of an easing index in collaboration with the Faculty of Public Health, University of Indonesia.

If the restriction ease index score is above 70, easing can be done. As of June 30, the score of Jakarta was 71.

“The total score is 71. With this total score, our status can ease and the conclusions of the cluster meeting concluded that the transition PSBB, which means all activities take place with a capacity of 50%, will continue for the next 14 days,” DKI Governor Anies Baswedan said at a press conference, Wednesday, July 1.

There are 3 elements being assessed, namely epidemiology, public health, and health facilities. Here are the scores:

Anies said that Jakarta could not be free of Corona. From the results of the study, the transitional PSBB in Jakarta was extended for safety reasons.

“Indeed, the positivity rate is around 5%, meaning that in WHO standards it is safe. But that does not mean we are free. And the reproduction rate is still 1, not yet down to a safe number. Still the same as last month’s numbers. That’s why we feel more responsible if we continue this, because of safety number 1, “he said.

In particular, there are two locations of particular concern to the DKI Jakarta Provincial Government in the extension of this transitional PSBB, namely the commuter line and the market. Both are referred to as the main area of ​​coronavirus spread.

In the DKI Jakarta Provincial Government notes there were 19 markets that had been closed during the phase I PSBB transition phase due to corona transmission.

“In the future elements of the police, TNI and ASN will be deployed to closely monitor markets in DKI Jakarta,” he said.

Market hours that had been restricted will be returned to normal. The odd-even policy on the markets was also stopped because they were considered ineffective.

Therefore, Anies said that in the future market hours will be returned to normal. However, later, the number of people entering the market will be controlled.

“So the number of people entering the market must not exceed 50 percent of market capacity,” Anies said.

In addition to the market, the spotlight is also given to the commuter line. “Second is public transportation,” Anies said. He said the DKI Jakarta Provincial Government would cooperate with PT KCI to be able to monitor passenger arrangements on the commuter line.

In general, national armed forces, national police, DKI Provincial Government officers will work closely with PT KCI as Commuter Line operators to be able to monitor the arrangements in the commuter line.

“So these 2, which will be the focus of control in the next 14 days. Other places are relatively under control,” said Anies.

Meanwhile, Anies said schools would not be opened even though the new school year would begin on the 13th of July.

Anies said that his party would still monitor the development of the coronavirus (Covid-19) outbreak in the capital. Because one of the most at risk of exposure are children.

“So we need to emphasize here that the school will not open even though the school year will begin on July 13. But the commencement is still in distance learning (PJJ). So it’s PJJ, “Anies said at City Hall, Wednesday.

a. the carrying capacity of individual passenger cars is maximum for 2 (two) people per seat row, except with passengers domiciled at the same address;

c. the passenger transport capacity of freight cars is maximum for 2 (two) people per row seat.

Motorbikes or cars can carry passengers according to their vehicle’s maximum capacity during the PSBB transition. Provided, in one passenger vehicle is a family with the same domicile. For example, a husband and wife riding a motorcycle, or a father with children, or a mother with children and so on.