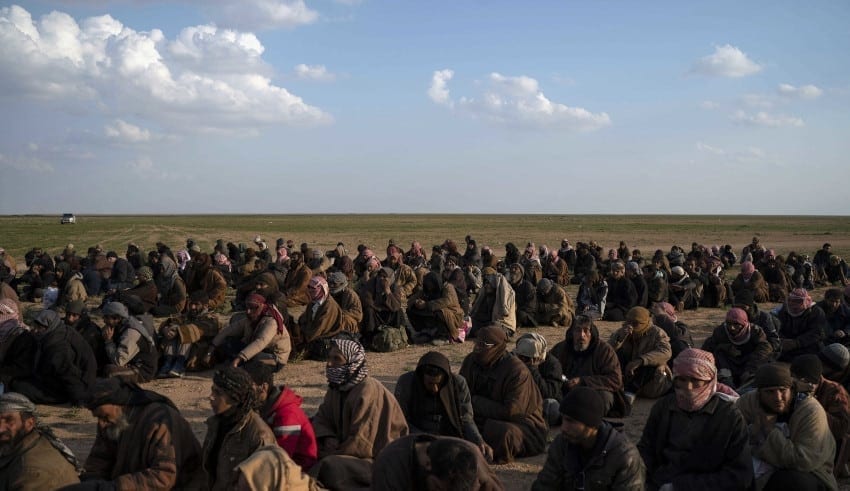 Special Staff of the President of the Republic of Indonesia, Diaz Hendropriyono, said that there were exceptions for the children of ex-ISIS Indonesian citizens to return home.

But not that easy, Diaz said there would be a strict selection and identification stage from the government which was reviewing any criteria that could repatriate the children of former ISIS citizens.

“The central government is conducting data collection, identification, and programs for reintegration into the community. Furthermore, when the children have returned home, the role of the local government and the community is also needed, “Diaz said, Saturday (02/29/2020).

Previously, the Government had stated that it would not repatriate former ISIS citizens to Indonesia, but that it still had considerations for sending children under 10 years old.

According to him, children under the age of 10 years still have the opportunity to be reshaped with proper character education and coaching.

Diaz added, as a form of support for the President’s decision, he appealed to relevant parties to prepare for recovery efforts.

Considering these children have lived with groups who have different ideologies from ideologies in Indonesia.

The Coordinating Minister for Politics, Law and Security, Mahfud MD said on Monday (24/2), “Children under 10 orphans will be sent home, the policy is official”.

Mahfud added, the identity of the children to be sent home could not be announced. On the other hand, the government is coordinating with regard to the pickup and fostering scheme for these children after arriving in Indonesia.

As for Indonesian ISIS ex-adult members, Mahfud asserted that he would carry out the process of blocking passports for those who had been identified by name, original address, where and when they had joined ISIS.

All data will be submitted to the Ministry of Law and Human Rights (Kemenkumham) with the aim that the former ISIS Indonesian citizen cannot enter Indonesia.

Minister of Law and Human Rights, Yosanna Laoly, informed that around 1,276 former ISIS citizens were in Syria and surrounding areas. And only 297 people still have passports and complete data.