The Asian Affairs > Latest News > ASEAN News > Fight on Food Waste Heats up in China: Giving More Attention How to Make it Better 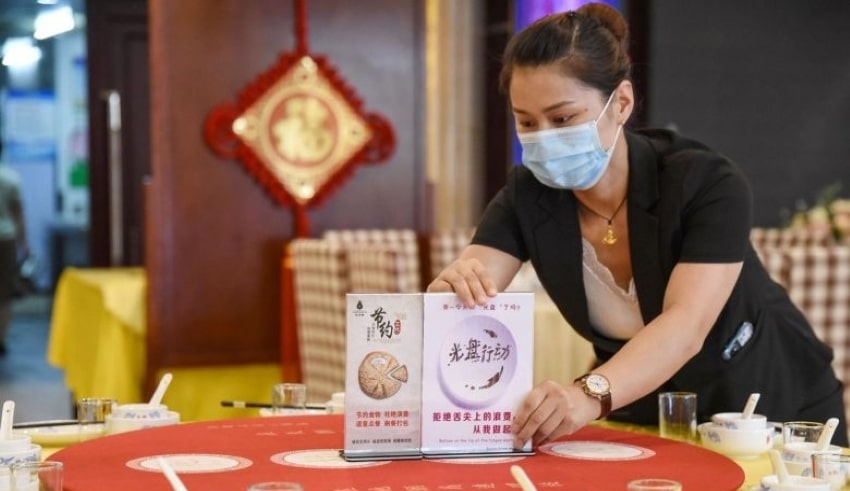 After a satisfying lunch, Mr. Qian Bingkun and his wife watched a waitress load their leftover stir-fried tofu and dessert into bags, while their daughter paid for the meal. Busily wrapping the uncooked food in a microwave box of typical Chinese blue-and-white porcelain, the waitress answered that it’s to allow customers to take leftovers after they’ve eaten.

Some of the steps were first carried out two years ago, when the 22-table restaurant found that there were more than 250 kg leftovers every day. Some food was barely touched, since consumers were used to order more than they could consume to demonstrate their gratitude, she said, adding that the steps had been effective, as the amount of daily leftovers had since halved.

Campaigns against food waste were launched nationally after President Xi Jinping reiterated, the need for greater understanding of the risks posed to food security in the country and called for a concerted effort to promote and eradicate food waste. President Xi made a number of remarks about safeguarding food security and stopping food waste.

In 2013, he said that food waste in the catering industry is surprising and distressing, because a significant number of citizens still have poor livelihoods and Food waste must be avoided and the noble practice of hunger must be encouraged.

In response to the President’s appeal, restaurants, industry groups and local governments have come up with steps to reduce food waste. The General Chamber of Commerce of China, the Chinese Cuisine Association and the China Hotel Association have jointly suggested that the catering industry should eliminate food waste and encourage thrift.