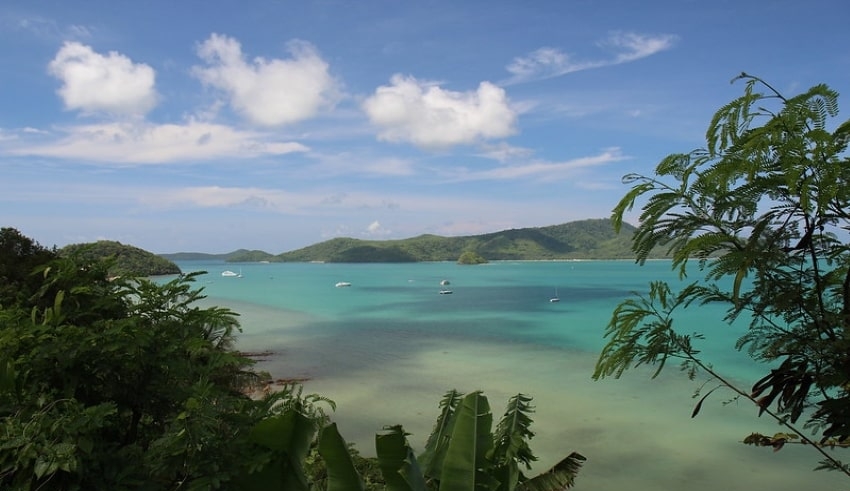 The southern resort province of Phuket is especially hard hit by its reliance on international tourists.
(C)Flickr, Baptiste L

The Covid-19 pandemic continues to cripple the critical tourism market, with many provinces losing the most from tourism revenue. The southern resort province of Phuket is especially hard hit by its reliance on international tourists.

Deputy Phuket Governor Pichet Panapong, who is a key player in the country’s economic recovery efforts, told the Bangkok Post about Phuket ‘s plan to revive the province.

In the short term, the province plans to coordinate events under the Thai Thiew Thai (Thai Travel Thailand) government program. Village Health Volunteers and staff of sub-district Health Promotion Hospitals traveled to Phuket as part of the campaign, starting on August 1. Approximately 50,000 more are anticipated in the next three months, and general Thai travelers are anticipated in the immediate future.

One of the highlights of the short-term efforts to kick-start the economy is the Phuket Tastival Seafood & Gastronomy festival, scheduled for various locations across the province.

The festival will feature local producers’ stalls, restaurants and outdoor hotels on the beach. The grand gastronomic fair is expected to draw thousands of tourists in each of its six venues. When tourism in Phuket has started to pick up, the provincial administration hopes to speed up the recovery by calling on tourism infrastructure, such as transport services, to provide visitor discounts.

Besides international visitors, he said that several hundreds of foreign students had expressed their desire to visit Phuket to study. If the CCSA accepts a travel bubble system, all foreigners traveling to Thailand must check the Covid-19 negative for their country of departure and seek permission from the Royal Thai Embassy to enter the Kingdom.

They will also have a health insurance plan of US$ 100,000 (3.1 million baht) and spend two weeks in quarantine when they arrive on the island. The Deputy Governor said the most important thing was that Phuket must make locals feel secure about the protection of travel bubble agreements.

The provincial administration must also make it clear how it will react to local transmission if foreign nationals were allowed to join. The saying that “you either die of the Covid 19 or of starvation” now seems to ring true in many corners of Thailand and Phuket is no exception.

This does not mean, however, that Phuket will shy away from the tourism business, but that in the Covid 19 period, Phuket tourism will now concentrate on health and wellness.