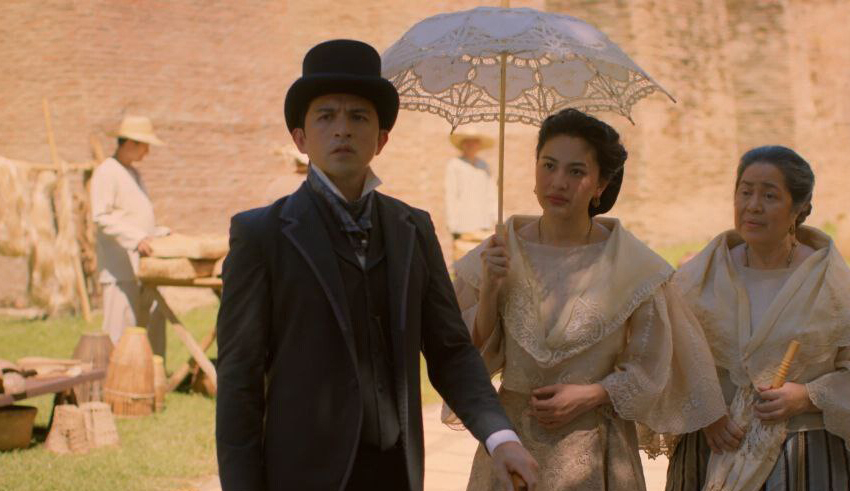 'Maria Clara At Ibarra' was nominated for the Most Outstanding Teleserye award along with its main actors Barbie Forteza, Julie Anne San Jose, and Dennis Trillo
(c) True ID PH

The teleserye ‘Maria Clara At Ibarra’ was nominated for the Most Outstanding Teleserye award, along with its principal actors Barbie Forteza, Julie Anne San Jose, and Dennis Trillo.

Multiple nominations at the 5th Gawad Lasallianeta for the Kapuso popular series Maria Clara at Ibarra indicate that the series has been loved by fans.

The Gawad Lasallianeta is an award-giving organisation that acknowledges the Philippines’ most distinguished media communicators. They are deemed “the most effective and impactful communicators and greatest role models for the entire Lasallian community.”

All of De La Salle Araneta University’s employees, faculty, and students participate in an online poll to determine the winners.

Maria Clara At Ibarra was nominated for the Outstanding Teleserye Award against other Kapuso programs like as Lolong, Start-Up Ph, Abot Kamay na Garapat, and First Lady.

Here’s where to watch ‘Maria Clara at Ibarra’

In the meantime, series star Dennis Trillo, who portrays Crisostomo Ibarra, was nominated for the award for Most Outstanding Actor in a Drama Series. He will compete against Alden Richards and Ruru Madrid, who star in the two nominated teleseryes programs.

Juancho Trivino, who portrays Padre Salvi, was just nominated for his first villain role in the 3rd Annual TAG Awards Chicago for his depiction of Padre Salvi.

Maria Clara at Ibarra narrates the tale of Klay and how she was transported inside Jose Rizal’s masterpiece “Noli Me Tangere.” It follows her experiences inside the novel as she attempts to aid the characters while also attempting to return home.

Gawad Lasallianeta stated in a Facebook post that they will provide information regarding the online voting process. They said that voting would begin next week among the Lasallian community.

“You are all outstanding communicators in their respective industries! Best wishes to each of you. The Lasallian community and the entire nation look up to you all,” they continued, concluding their statement.