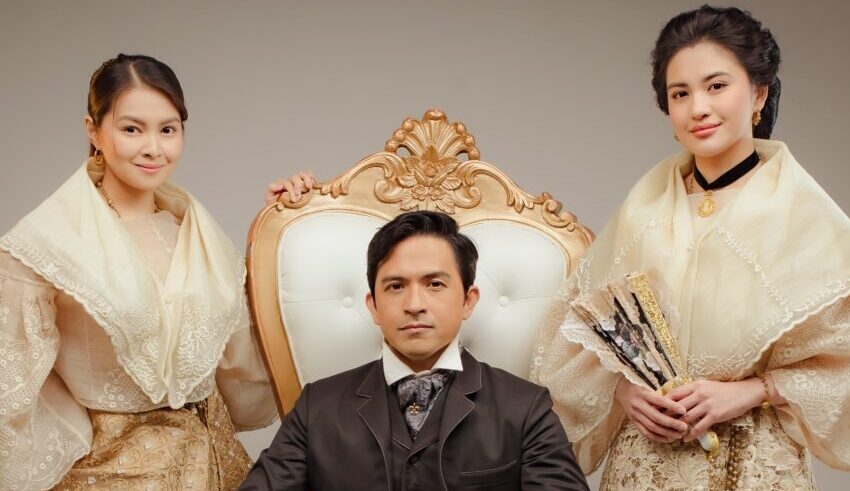 Dulay also exposes their efforts to maintain the truth and veracity of Jose Rizal's works through the use of consultants. "We have advisors and historians."
(c) Daily Tribune

Maria Clara at Ibarra, a series defined by its creators as a historical portal fantasy, discusses not only the romance between the two main characters, but also patriotism and nationalism.

The series will address the significance of revisiting Noli Me Tangere, El Filibusterismo, and other historical literature. Dulay stated, “We wanted people to understand why the themes presented in these novels are still relevant to the issues we face today.”

Maria Clara at Ibarra tells the story of Klay, a Generation Z nursing student who hopes to work overseas and relocate her family.

She will not graduate until she passes a minor course called Rizal Studies. Klay considers this topic irrelevant to her life and future profession.

Klay’s lecturer, Mr. Jose Torres, offered her a second chance to pass Rizal Studies and lent her a copy of Noli Me Tangere. Klay had not even read several pages of the novel before she fell asleep out of boredom.

The mystery begins when Klay awakens in Noli Me Tangere’s universe. Klay is surprised to discover Mr. Torres in the parallel timeline. Klay was informed that she cannot return to the present unless she completes the Dr. Jose Rizal novel and learns all of its lessons.

Klay encounters Maria Clara, Crisostomo Ibarra, the curators, the ilustrados, and the indios as she navigates the actual world of Noli Me Tangere. This would expose her eyes to the hardships and sufferings of ancient Filipinos under Spanish rule.

Klay builds a friendship with Maria Clara during her historical voyage and discovers the distinctions and similarities between Filipinas then and now. She also observes Maria Clara and Ibarra’s love affair.

Dulay also exposes their efforts to maintain the truth and veracity of Jose Rizal’s works through the use of consultants. “We have advisors and historians. We have a language coach as well.”

In the meantime, the show’s Creative Consultant, Suzette Doctolero, discusses the rigorous study conducted to ensure the quality of this intricate historical drama.

Padre Damaso, a Franciscan friar with a deep-seated grudge towards Ibarra, is portrayed by Tirso Cruz III, who also plays a crucial part in the story. Manilyn Reynes as Narsing, the kind and kind mother of Klay; Rocco Nacino as Elias, a fugitive who becomes Ibarra’s faithful follower; Fidel, a playboy businessman and Ibarra’s pal, is portrayed by David Licauco.

Juancho Trivino portrays Padre Salvi, a shrewd and vicious friar with a secret attraction to Maria Clara. Juan Rodrigo as Kapitan Tiago, the powerful gobernadorcillo and a friar’s buddy; Ces Queada portrays Tiya Isabel, the cousin of Captain Tiago who reared Maria Clara as if she were her own kid. Dennis Padilla as Mang Adong, Ibarra’s devoted servant; Lou Veloso as Mr. Jose Torres, Klay’s Rizal professor and the reason for her time travel.

Gilleth Sandico as Donya Victorina, a snobbish Filipina who attempts to look and speak like a mestiza; Karenina Haniel as Victoria, Maria Clara’s close friend; and Andrea Torres as Sisa, the loving mother of Crispin and Basilio who goes insane while seeking for her sons.

Maria Clara at Ibarra premieres tonight at 8:00 on GMA and GTV and airs weeknights.