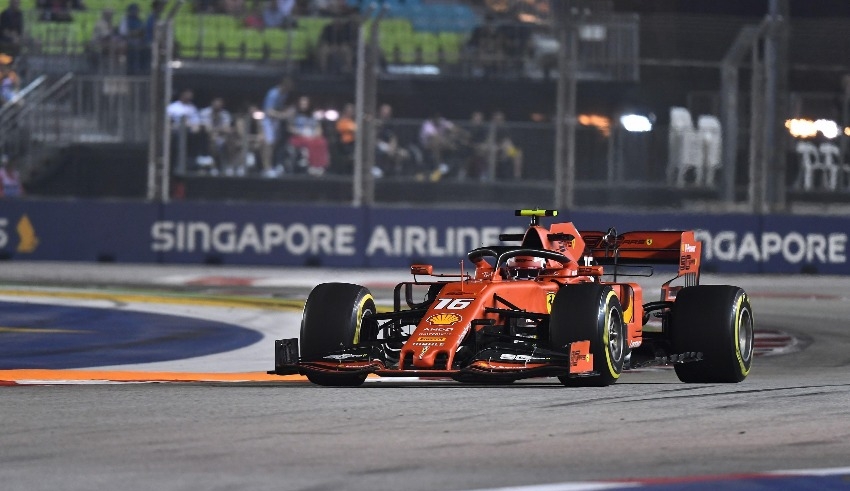 In January, an agreement was reached that will see Singapore continue to play host to the Formula One Grand Prix for the next seven years, the longest contract.
(c) Bleacher Report

The administrators of the Formula One Singapore Grand Prix stated on Sunday that this year’s event broke a new record for the largest attendance in the race’s 13-year history, surpassing the previous record set in 2018. (Oct 2).

Tickets for the event have been completely purchased, and there will be around 302,000 fans present during the course of the three-day event. Since the first night race was held in 2008, when there were 300,000 people in attendance, this is the greatest crowd since then.

As a result of the COVID-19 outbreak, the Formula One Singapore Grand Prix did not take place in 2020 or 2021.

In January, an agreement was reached that will see Singapore continue to play host to the Formula One Grand Prix for the next seven years. This will be the race’s longest contract renewal to date.

“I think it’s a reflection of the keen interest in our race, its uniqueness and the various elements that we wrap around the race as well. I think it’s a very good sign of how things are recovering in Singapore.”

In addition to this, he said that this has had a “cascading effect” on the economy of Singapore as a whole.

Mr. Iswaran also mentioned that hotel occupancy rates are at a healthy level, and he cited a business that offers data on the hospitality industry as saying that average nightly house rates have surpassed a historical high of S$440 per night for prior F1 time periods.

In addition to that, he mentioned that there had been a “substantial number” of meetings, incentives, conferences, and exhibits (MICE) events surrounding the race.

“This has always been the way our Formula 1 has been run to make sure that it goes beyond just the race to a broader business and lifestyle experience. And this year, there have been about 25 MICE events with about 90,000 delegates.”

“And that again is a very strong indication of not just the interest in Formula 1 but also the economic activity resuming in Singapore and in particular the MICE event activities resuming,” he added.

“In a nutshell, we’ve had a really successful Formula 1 event this year, and the reaction from people all over the world has been quite positive. You might say that Singapore is getting back on the right track.”

Later on Sunday, the race will get underway, and Charles Leclerc of Ferrari will be starting from the front row. Max Verstappen, who is currently leading the Formula 1 world championship, will start the race in eighth place.