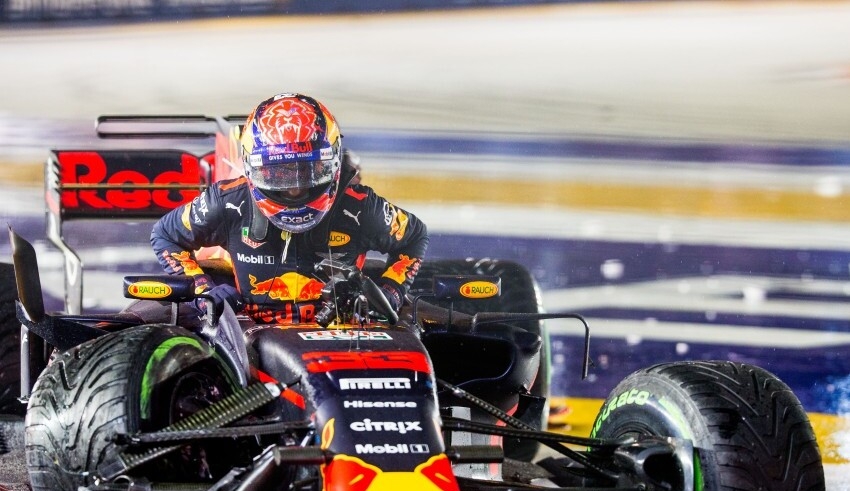 "The best way to describe it is like a humid sauna, because that's how it feels in the car. We're also wearing fireproofs and underlayers," says Alfa Romeo.
(c) Good Word News

It wasn’t surprising that Marina Bay was hot on Thursday night before the 2022 Singapore Grand Prix. Drivers were getting ready for what they thought would be the hardest race of the year.

Singapore is a tough place for Formula 1 drivers because of the heat and humidity. Ferrari driver Sainz, whose best finish on this street track was P4 in 2017 while driving for Toro Rosso, said he spent the off-season training for Marina Bay and the tough conditions that come with this race. The Spaniard said that the race can be “challenging both physically and mentally.”

“And the car’s vibrations make it hard to keep the eyes level, and since it goes counterclockwise, the neck sometimes hurts, too. When I train in January and February before the season starts, I think about Singapore. I don’t think about the first race.”

Gasly, who drives for AlphaTauri, said, “It’s hard to compare it to anything else because we only see these conditions once or twice a year. With such high humidity, I see people sweating just walking around the paddock, so you can imagine how we feel inside the race car with fireproofs, balaclavas, and race suits.”

“You have to be very aware because you have to drive at full speed between the walls. You have to be very precise about where you put the car, and that’s usually where it gets hard, when you’re still at the limit of the car and playing with centimeters after losing a lot of weight or fluid in your body. So that’s without a doubt the biggest problem of the year.”

Bottas, a Finnish driver for Alfa Romeo, said that the sauna was a good way to think about Singapore.

“The best way to describe it is like a mild, humid sauna, because that’s how it feels in the car. We’re also wearing fireproofs and underlayers, which aren’t the most breathable things, and there’s not much airflow in the cockpit of the car.”

Max Verstappen, a teammate of Perez’s at Red Bull, is almost certain to win his second championship. Perez said that Singapore is not a break for the drivers.

“There’s a point in the race where it gets hotter and hotter, and the more laps you do, the worse it gets.”

“There are times when you wish for the Safety Car, which gives you a break, because it’s so hard. The last 20 laps or so are especially hard on your mind. And as I say it just keeps getting worse and worse. After the 15th lap, it’s already getting pretty hot, and it’s only going to get worse from there. ”

Daniel Ricciardo, on the other hand, talked about how painful his first Singapore Grand Prix with HRT in 2011 was. He said it “sucked.”