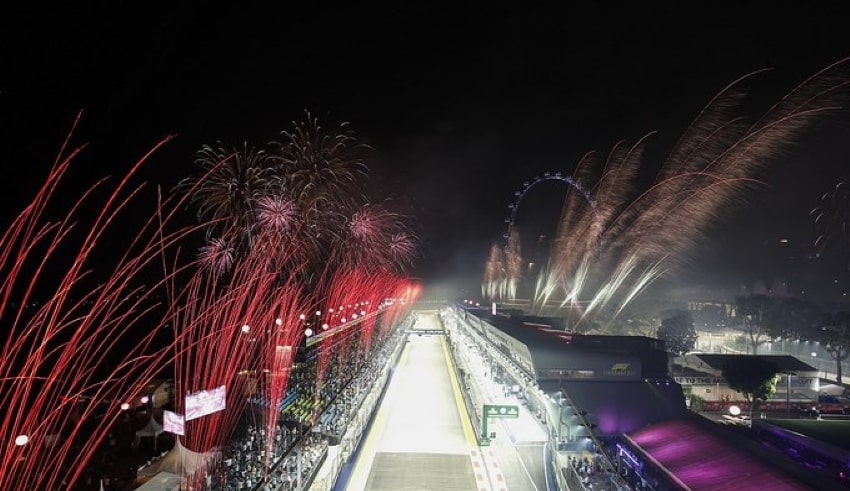 Singapore GP announced that Asia’s greatest racing and entertainment spectacle would return to the Marina Bay Street Circuit from September 30 to October 2 after a two-year absence.

It will allow them to enjoy the thrilling racing action and off-track festivities from various locations of the Circuit Park during the race weekend, according to the press release.

With a host of changes planned for this year, hospitality suites will give a new level of comfort as well as viewing chances, according to the report.

Patrons may network or host guests at the elite Formula 1 Paddock Club, Sky Suite, Twenty3, The Green Room, and [email protected] 3, according to Singapore GP.

Meanwhile, the Formula 1 Singapore Grand Prix 2022 entertainment lineup will be announced in the following weeks, according to the announcement.

Singapore GP stated that it is collaborating with the Singapore government to ensure that the event follows current safe management procedures.

Tickets are available for purchase through www.singaporegp.sg, the Singapore GP Ticketing Hotline +65 6229 7777, and authorised ticketing partners.

Fans at the home of Formula 1 night racing will be in for a treat, according to the promoter, as the fight between Red Bull Racing’s Max Verstappen and Ferrari’s Charles Leclerc heats up this season.

Fans will also get to watch Zhou Guanyu of Alfa Romeo, Yuki Tsunoda of Alpha Tauri, Mick Schumacher of Haas, and Nicholas Latifi of Williams race on the streets of Singapore for the first time. The 17th round of the Formula 1 season will be held on the 5.063km long track.