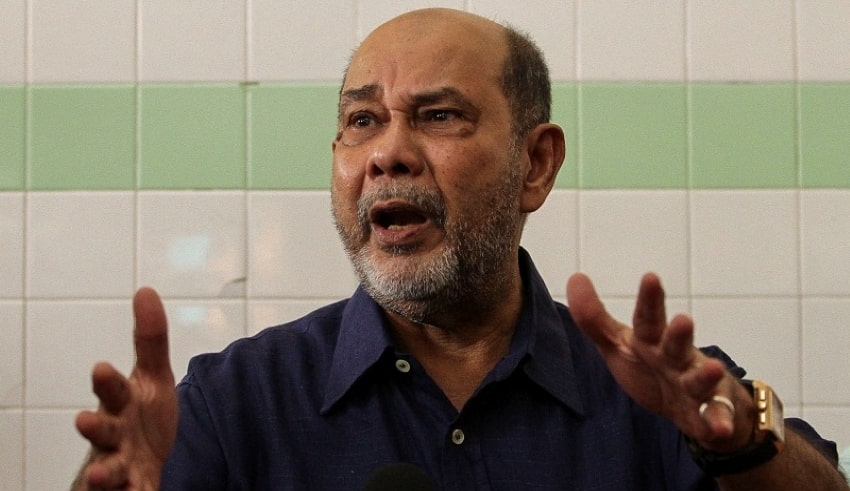 The Foreign Ministry's (Wisma Putra) decision to recall the Malaysian Ambassador to the United Arab Emirates (UAE) and the Malaysian Consul General in Dubai for failing to coordinate administrative and logistical matters during Prime Minister Najib Razak's visit to the UAE late last month must be handled carefully and internally.
(C) Malay Mail

Malaysia – The Foreign Ministry’s (Wisma Putra) decision to recall the Malaysian Ambassador to the United Arab Emirates (UAE) and the Malaysian Consul General in Dubai for failing to coordinate administrative and logistical matters during Prime Minister Najib Razak’s visit to the UAE late last month must be handled carefully and internally.

Former foreign minister Tan Sri Syed Hamid Albar cautioned that politicizing the issue by any party would harm not only the ministry’s and government’s image, but also Malaysia’s worldwide standing.

He noted that recalling diplomats due to a major fault during an official visit is a common procedure; other nations also recall their ambassadors within 24 hours, so Malaysia is not alone.

When questioned by the reporters, he replied, “But in this situation, I realize I can’t talk on behalf of the Foreign Minister or the Prime Minister’s Office; nonetheless, it could have been handled better for me.”

The inability to coordinate protocol concerns resulted in Prime Minister Datuk Seri Ismail Sabri Yaakob’s extended wait at the arrival hall for passport clearance by Dubai Immigration during his visit to the UAE on March 29-31, according to a statement released by Wisma Putra on Monday.

Apart from that, Wisma Putra said that security and motorcade movements for the prime minister, which should have been supplied according to Standard Operating Procedures (SOP), were also non-existent.

Based on his expertise, Syed Hamid believes that there is a fundamental process for handling the visit of the head of government that has been followed by Wisma Putra for a long time, but that the failure was due to communication difficulties.

He went on to say that there are distinctions between official visits, working visits, and personal visits based on common practice, since each sort of visit elicits a different response from the host.

“Even for personal visits, it is customary for our ambassadors in the host nation to arrange fundamental protocols for the prime minister, such as security and so on; it’s something very basic, and the situation should not have occurred.”

He remarked that in situations like these, the minister must take responsibility by dealing with and handling the situation appropriately. It’s a matter of accountability and duty. There are several things that might be improved.

“It used to be customary for the (foreign) minister to go first when the prime minister paid a visit. I’d arrive a day or two early to ensure that all of the preparations go successfully. I’m not sure what it’s like right now.”