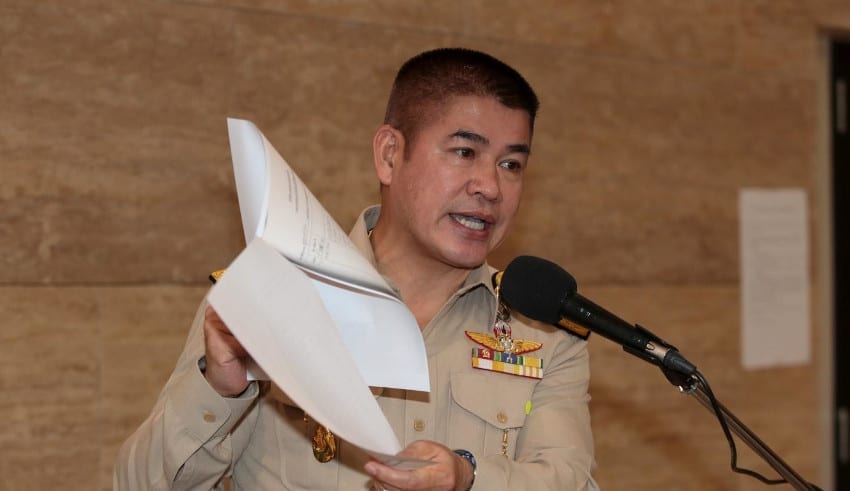 The government has come under fire after Deputy Agriculture and Cooperatives Minister Thamanat Prompow admitted on Monday that his assistant had met a man who was said to be hoarding face masks, but he denied they discussed the mask trade. Capt Thamanat was responding to a report on Facebook alleging that his close aide had a hoard of 200 million medical masks for resale to China.

Palang Pracharath MP Sira Jenjaka on Monday called on Capt Thamanat to resign in order to fix the image of the government. That call was echoed across the floor by deputy Democrat leader Nipit Intarasombat and Democrat MP Panit Wikitset. Capt Thamanat said on his Facebook page there was a man hoarding masks for sale, but he had no connection with the man. Capt Thamanat did not name the man. Meanwhile, Sornsuvee “Boy” Pooraveenasawatchari, who was pictured meeting Mr Pittinant in the hotel, told crime suppression police in Chon Buri province on Monday afternoon he had not stocked any face masks. Earlier, Mr Sornsuvee’s Facebook posts and video clips were copied by Mam Pho Dam, a popular independent investigator of current affairs on the platform, who claimed to know why the products could not be found in the Thai market.

Although authorities have said they have distributed face masks in adequate numbers to hospitals, medical workers insist the shortages at their facilities persist, while the pharmacies’ trade group issued a statement saying they had never received them. Customs officials on Monday seized more than 56,000 masks allegedly smuggled by a Vietnam businessman into Mukdahan for sale in Thailand. The products were hidden among bags of bus passengers travelling from Lao province of Savannakhet to Mukdahan in the Northeast.