The Asian Affairs > Latest News > ASEAN News > Govt plans to open 900 thousand hectares of rice fields, will it be effective? 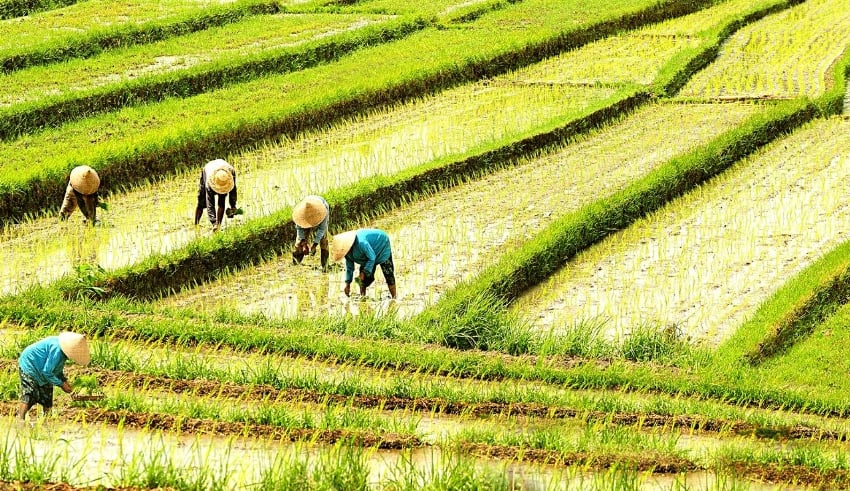 The plan was again discussed in a limited meeting that discussed foodstuffs today. There are already around 200 thousand hectares in Central Kalimantan ready to be used as new paddy fields. Jokowi gives direction so that the infrastructure is to be reviewed.

The government’s reason, Kalimantan based on BMKG and KLHK is an area that still has good rainfall until November 2020. Meanwhile, other regions such as Java, South Sulawesi and West Nusa Tenggara will enter the dry season starting in August 2020

Although, paddy fields in Kalimantan in terms of profits are much lower than in Java, because the average land is peatland.

The government is optimistic that the plan to open new agricultural land on peatlands will run smoothly. The government is confident that it will not repeat the failure of the one million hectare peatland program for rice fields carried out by President Soeharto’s regime.

Because, the government has prepared varieties of Rawa Paddy (Inpara) varieties. The seedlings are considered resistant to standing water, so they can grow in swamp or peat areas.

In addition, Minister of Agriculture Syahrul Yasin Limpo assessed that the government will prepare infrastructure that will support the opening of new rice fields on the peatlands. The government plans to open a new rice field in Pulang Pisau, Central Kalimantan.

Perum Bulog will be included in the opening of new paddy fields in Pulang Pisau. Thus, Bulog can absorb rice from the harvest in the new rice fields as a future government rice reserve.

This condition can occur because the supply chain is disrupted by the regional quarantine policy (lockdown) and social restrictions of various countries in suppressing the spread of the coronavirus (Covid-19). Not only that, the production of various high-value agricultural commodities, such as fruits and vegetables, was also disrupted.

Likewise, the livestock sector, which will be affected in terms of the fulfillment of animal feed, slaughtering processes, and meat processing.

However, the plan to open this new rice field was rejected by various parties. House of Representatives (DPR) Commission IV member Andi Akmal Pasluddin assessed that the government did not learn from the one million hectare peatland program for rice fields that failed during President Soeharto’s regime.

In fact, the budget of the program was valued at Rp 1.6 trillion. “It has no effect at all on national food reserves,” Akmal said in his written statement, Friday, May 1.

While Wahana Lingkungan Hidup (Walhi) assessed that the government’s plan to open new rice fields on peatlands can cause ecological disasters. Because the destruction of peatlands is a source of forest and land fires in Indonesia.

He also said the government must first improve the concept referred to as ‘paddy field printing’. Because, if the printed paddy in question is a food estate program as it already exists, it will fail.

“Since the history of 1 million hectares of peat to Merauke, it must have failed. It must first be fixed with the big concept, what the implementation is like,” Andreas said as quoted by Detikcom on Wednesday, May 6.