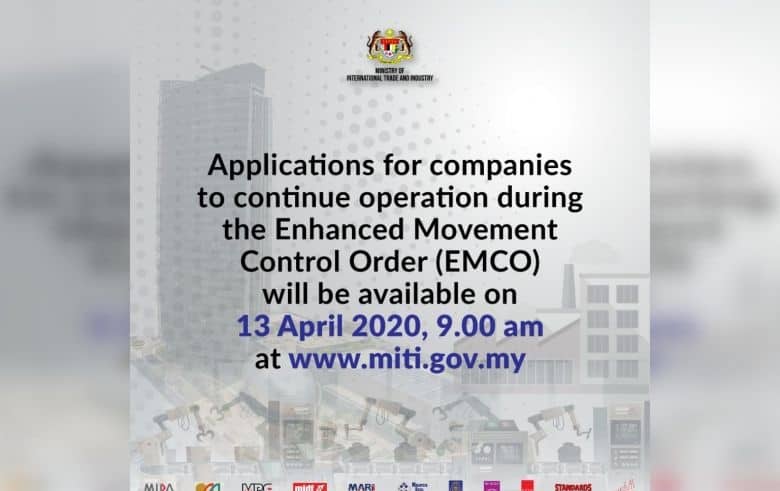 PETALING JAYA – The official website of the International Trade and Industry Ministry (Miti) has temporary closed  due to a system crash on the first day of applications for business to operate during the Movement Control Order (MCO).

The Ministry’s official website suffered a crash after its servers received over 100,000 applications from various businesses, causing massive overloading to the system.

According to the ministry, 176,000 users had visited the site in the first two hours since applications after announcing  on Monday that the application process for companies would be fully digital.

“We found out that the majority of visitors were not companies, but individuals accessing the website. Therefore, MITI will reconfigure the application system to ensure that only companies in the approved sectors to operate can access the system (thus avoiding the system to overload)” it said.

The permission will only be granted for businesses that are located within the designated green-zones, and will abide strict egulations as prescribed by both the MCO order and the Ministry of health. The application request can be access via https://application.miti.gov.my