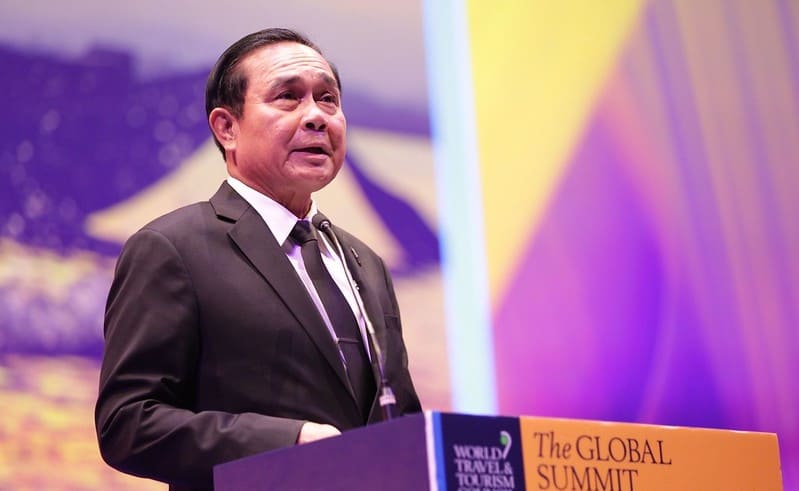 The prime minister said his government was going on with a plan to recruit 400,000 people. He also promised to ramp up attempts to counter the economic troubles created by the pandemic by choosing the most professional people should he believe a cabinet reshuffle would be the right path forward.

Gen Prayut led his team on a visit to the Bangkok Post on Wednesday, which he chose as the first stop on his tour of 10 publishing companies to hear their views on how to move the country forward in the midst of the Covid-19 crisis.

His latest movements follow his announcement of a nation-building program called ‘Thais Together Build Thailand’ on June 17, describing his plan to invite all sectors of the country to map the future as a ‘New Normal.’

In telling them to offer their views, the Prime Minister posed two concerns for the media. The questions were: Which prioritizes the Thai citizens and the nation in the current situation? And what influences could propel Thailand to advance?

He concluded with the Post’s management and editorial staff that the focus remains to protecting public safety. Thailand has passed 44 days without any local diseases but the pandemic persists unabated overseas.

Strict implementation of safety protocols was expected if tourists were permitted to visit the country, and the new strategy will have to rely on those who seek medical care to come to Thailand, he said. New initiatives would also be implemented by the State to support those impacted by the pandemic’s economic effects.

Gen Prayut expressed concern over the economic impact on poor and low-income people , particularly when they are piling up debts or losing jobs. There should be stringent regulatory action against loan sharks who misuse loans to certain individuals, he added. He also met business people associations and discussed ways of minimizing lay-offs, while his government launched a package creating 400,000 jobs for Thais.

On the political stage, Gen Prayut said a cabinet reshuffle was not easy to execute as the young wave of professional people were hesitant to join politics and deal with all the challenges it involves, taking into consideration the need to stick to democratic values.

Speaking earlier in the day at Government House, Gen Prayut said the 400 billion-billion-baht economic recovery investment programme will be implemented in two phases. He said the cabinet had authorized a 100 billion baht budget allocation for the first quarter on Wednesday, seeking to improve the farming sector and generate more employment.

The second step, he said, is worth 300 billion baht and information will be published later. The country, in partnership with Bank of Thailand and the Thai Bankers Association, will also carry out steps to support small and medium-sized enterprises (SMEs) access financing.

Five ventures worth 15.5 billion baht were also accepted by the cabinet on Wednesday, announced under the economic stimulus packages worth 400 billion baht. The first is a project worth 9.8 billion baht, One Tambon One New Theory Cluster, which focuses on rising revenue and jobs for farmers. Another, worth 4.7 billion baht, aims to increase the income and employment of the farmers.

A third project worth 169 million baht involves the production of soil and fertilizer companies, and a fourth project involves the enhancement of tourism spot protection. 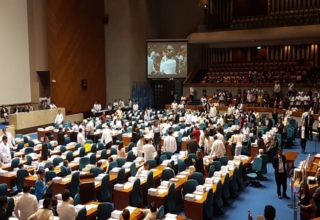