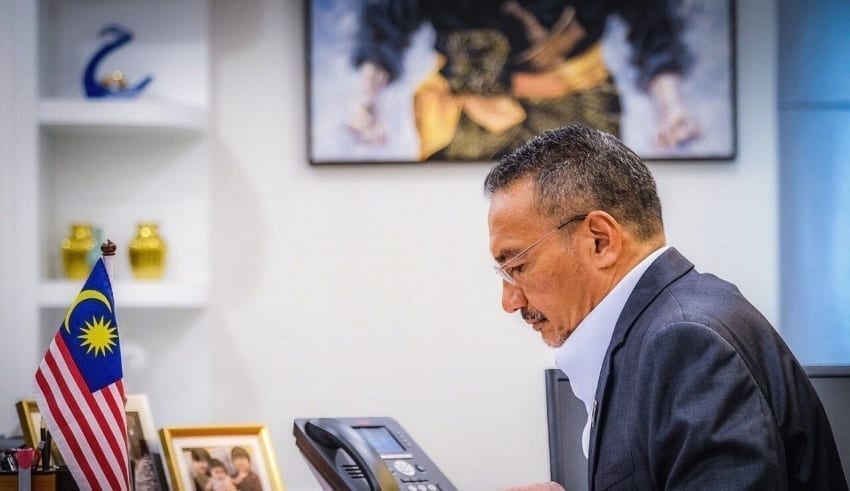 KUALA LUMPUR – Newly appointed BN treasurer-general Hishammuddin Hussein said today that one of the issues that Barisan Nasional (BN) Members of Parliament will be discussing in a meeting today is on whether PM Muhyiddin Yassin should step down from his position.

Hishammuddin said that he wants to hear BN’s position first following several calls from several groups asking him to step down.

He also did not confirm on whether Umno would continue to support PM Muhyiddin as he still wants to wait for the Umno’s supreme council meeting to be held later tonight before making any comment regarding the matter.

Former prime minister Najib Razak and veteran Umno lawmaker Tan Sri Tengku Razaleigh also seen arriving for the meeting. Both Najib and Tengku have been criticial with the Muhyiddin’s administration.

The scheduled meeting came after the King announced on Sunday that it will not be approving PM Muhyiddin’s proposal to impose state of emergency in the country after meeting with other Malay leaders. The King also urged all politicians to immediately stop all form of politicking as it could destabilized the country. He also showed confidence in the Muhyiddin’s administration on how they handling the pandemic.