The Asian Affairs > Latest News > Geo Politics > No need for a state of emergency, says Agong 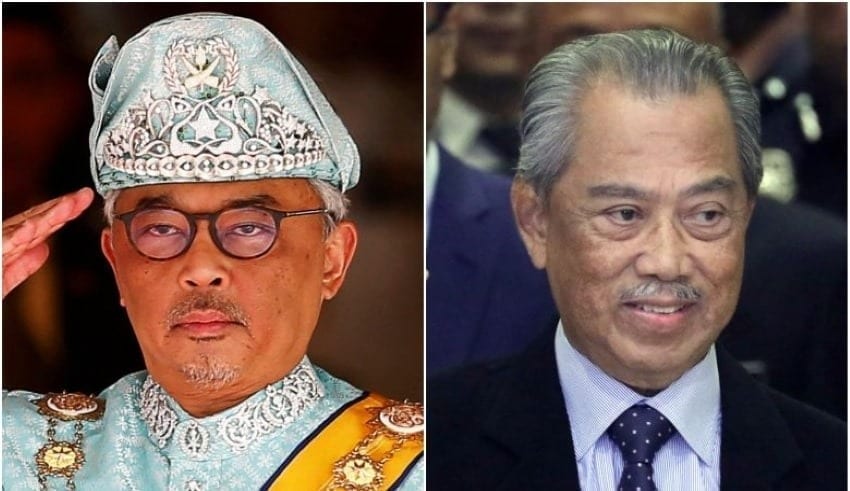 The Yang di-Pertuan Agong Al-Sultan Abdullah Ri’ayatuddin Al-Mustafa Billah Shah has decided not to push through with the Prime Minister Muhyiddin Yassin's recommendation to declare a state of emergency.
(C) straitstimes

KUALA LUMPUR –  The Yang di-Pertuan Agong Al-Sultan Abdullah Ri’ayatuddin Al-Mustafa Billah Shah has decided not to push through with the Prime Minister Muhyiddin Yassin’s recommendation to declare a state of emergency.

According to the statement released by Istana Negara, The King also reminded the politians to immediately cease any forms of politicking amid the currenty health crisis that the country is currently facing.

Comptroller of the Royal Household of Istana Negara Datuk Ahmad Fadil Shamsuddin added that the King said that there was no need for the lawmakers to continue making irresponsible actions that could potentially disrupt the stability of the current government.

He added that Sultan Abdullah met with the Malay rulers and discussed the proposal to declare a state of emergency but felt that the government were able to effictively managed the health crisis.

Prime Minister Tan Sri Muhyiddin Yassin on Friday (Oct 23) requested to implement a state of emergency under 150(1) and proclamation of Emergency (Essential Powers 2020) Ordinance pursuant to Article 150 (2B) of the Federal Constitution to further curb the spread of the virus.

Ahmad Fadil said that the King has confidence in the ability of Muhyiddin’s government to carry out policies to curb the Covid-19 pandemic.

The King also stresses that the 2021 Budget to be tabled in Parliament will play a major part in the fight agains the Covid-19 and help the nation’s economy. Sultan Abdullah urged everyone set aside difference and unite agains the common enemy that is Covid-19 to help the government fight the spread of the infection.