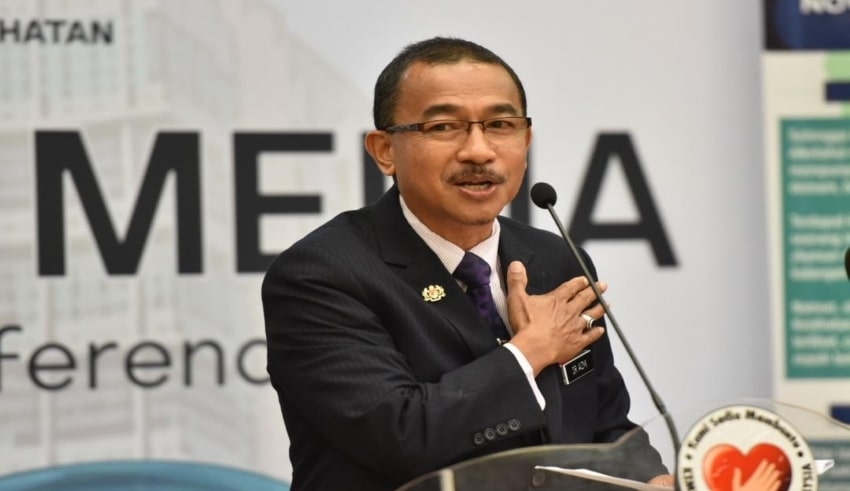 Dr. Noor Azmi Ghazali refuted news reports via two portals that he had flouted the order for movement regulation by receiving visitors to his office in Putrajaya
(C) DrNoorAzmi / Twitter

PETALING JAYA: Deputy Health Minister I The office of Dr. Noor Azmi Ghazali refuted news reports via two portals that he had flouted the order for movement regulation by receiving visitors to his office in Putrajaya today.

In a tweet, Noor Azmi’s office said, referring to Malaysiakini and MalaysiaPost.com, “The allegations made in the two portals are false.”

It went on to explain that on January 12, the day before the MCO came into effect, Noor Azmi had met a group of individuals. He said the photographs uploaded on Facebook were from that meeting.

The office of Noor Azmi then called for the two portals in their reports to withdraw their allegations.

“The false allegations give the Deputy Health Minister and the Ministry of Health a negative perception of individuals.”

“Malaysiakini ran a report earlier this evening on Noor Azmi courting controversy “following suspicion that he flouted the SOPs.

Noor Azmi posted some pictures of him welcoming guests to his Facebook page earlier today, according to the portal.

According to the portal, the images were uploaded under the heading “The Ministry of Health.” Parliamentary friends visiting at about 1 pm today the office of Deputy Health Minister I.

“Around 9pm, they were removed from the Facebook page,” the article read, although it noted that when the meeting took place, the post did not specify.

Putrajaya is under a 14-day MCO from today, along with Kuala Lumpur and Labuan, following the recent increase in cases of Covid-19.

Five states were also put under the MCO, besides the federal territories, namely Selangor, Penang, Melaka, Johor and Sabah. Face-to-face meetings between government and private agencies are forbidden, according to the SOP, although official and non-official ceremonies are also prohibited.

Noor Azmi bin Ghazali (born 28 November 1961) is a Malaysian politician who has served as Deputy Minister of Health I in the Perikatan Nasional (PN) administration under Prime Minister Muhyiddin Yassin and Minister Adham Baba since March 2020 and the Member of Parliament (MP) for Bagan Serai since May 2018. He served as Chairman of the Malaysian Highway Authority (PLUS) from October 2016 to October 2018.