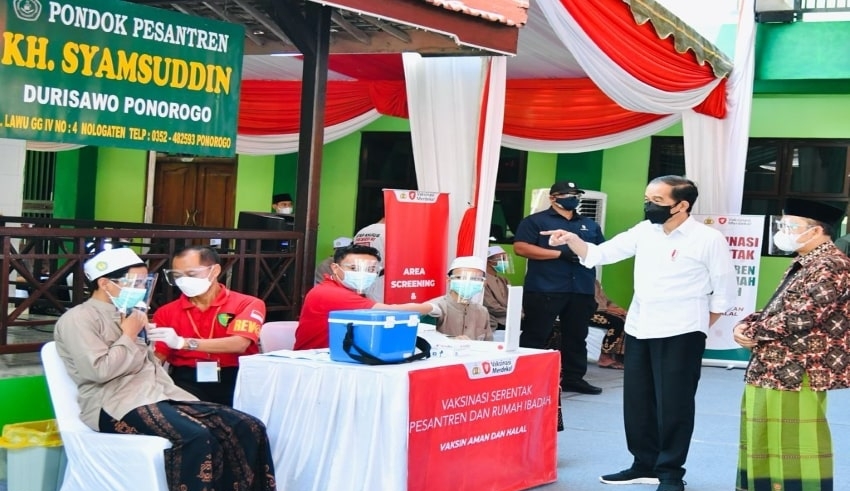 Indonesians voiced worry today about the security of their personal medical data after the disclosure of the president's coronavirus vaccination certificate and the appearance of a compromised large test app.
(C) jokowi / Twitter

Indonesians voiced worry today about the security of their personal medical data after the disclosure of the president’s coronavirus vaccination certificate and the appearance of a compromised large test app.

Indonesia has a terrible track record when it comes to cyber security, with low internet literacy and numerous breaches in the past.

Joko Widodo‘s vaccination certificate — which circulated online and included his censored ID number and vaccination times — was leaked by users who discovered his data on the government’s official vaccine-monitoring app PeduliLindungi, the administration claimed.

The Working Plan for Bappenas in 2022 Gains Attention

“Several individuals gained access to Mr. Joko Widodo’s vaccination certificate via the use of a vaccine check function accessible in Pedulilindungi,” an official statement said.

“If a president’s data can be exposed, what about me, a normal person?”

However, authorities from the Ministry of Communication and Information deflected responsibility, claiming that Widodo’s data was obtained through the website of the General Commission of Elections.

According to Health Minister Budi Gunadi Sadikin, authorities have restricted access to data belonging to public employees as a result of the incident.

Officials stated that they were trying to strengthen the security of PeduliLindungi users’ data.

The breach came only days after researchers from encryption provider vpnMentor disclosed the exposure of the data of 1.3 million users of a government test-and-trace software.

According to the experts, the material released included passenger data and Covid-19 test results.

According to cyber-security expert Alfons Tanujaya in Jakarta, data breaches occur increasingly in Indonesia as a result of the country’s strong digital penetration, which is regrettably not accompanied by enough digital knowledge among those responsible for data management.

Individuals also voiced their outrage online, with one user tweeting: “How many more high-profile instances do we need to demonstrate that our country’s IT and data management systems are a failure?” In May, hackers reportedly exposed data on more than 200 million members in the National Health Care and Social Security Agency (BPJS Kesehatan).