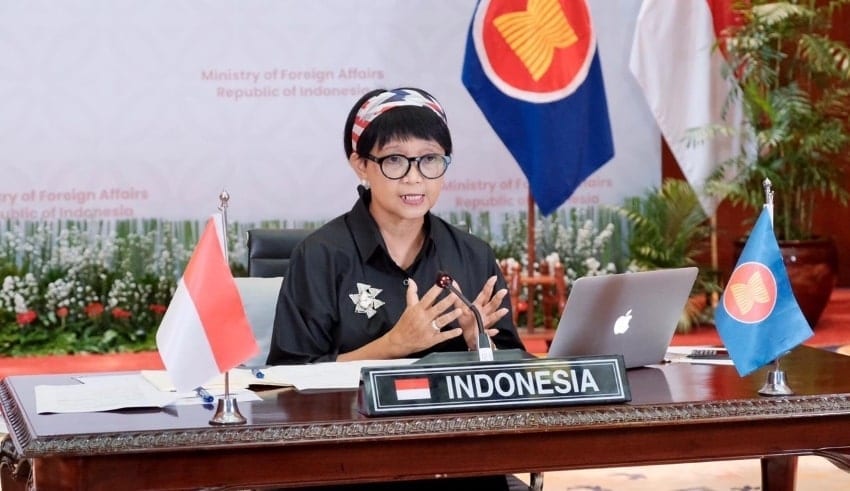 Foreign Minister Retno Marsudi said on Tuesday that Indonesia hopes the Bilateral Investment Treaty (BIT) with Singapore will increase two-way investment by 18% to 22% over the next five years (Mar 9).

She added that the treaty, which entered into force on Tuesday after both sides exchanged instruments of ratification, would help Singapore and Indonesia speed up their economic recovery following COVID-19.

Mdm Marsudi said the treaty is a significant landmark for bilateral relations during an online meeting with Singapore’s Minister for Trade and Industry Chan Chun Sing to commemorate the occasion.

“Singapore is a major trade and investment partner for Indonesia and I think it will continue to be so for many years to come,” she said.

Singapore was Indonesia’s biggest foreign investor last year, according to the Indonesian Investment Coordinating Board, with a cumulative investment of US$9.8 billion. This was a substantial increase from the previous year, when Singapore had invested US$6.5 billion in the region.

Mdm Marsudi pointed out that even before the treaty, Singapore’s investment in Indonesia had been growing at a rate of 6.5 percent per year.

“In this current difficult situation, the ratification of the BIT serves as an important economic boost to expedite economic recovery in our two countries. It could potentially enhance two-way investment ranging between 18 per cent to 22 per cent over the next five years,” She went on to say that by 2030, this would equate to about $200 billion in annual investment in the country.

The Indonesian minister said on Tuesday that the treaty offers more clarity and trust for Indonesian and Singaporean investors in both countries by providing more legal safeguards.

“This BIT reflects Indonesia and Singapore’s strong commitment toward open and fair economic cooperation, signaling reinforced hope and optimism to further explore business opportunities that benefit all of us,” she added.

According to the minister, the treaty with Singapore is the first BIT to enter into force after years of scrutiny by the Indonesian government of investment treaties.

The BIT was signed for the first time in October of 2018. The treaty’s final big obstacle was overcome on September 25, 2020, when Indonesian President Joko Widodo ratified the agreement.