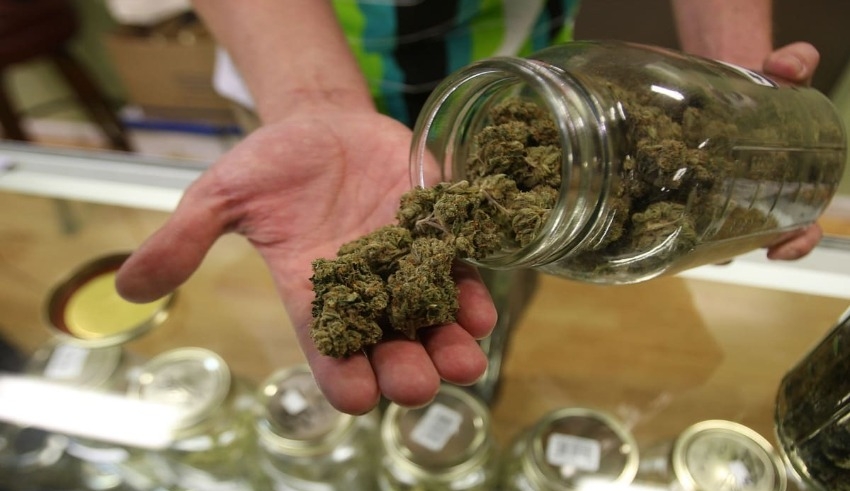 According to Mr. Shanmugam, research reveals that the use of cannabis is both hazardous and addicting which can cause irreparable brain damage and shrinkage.
(c) Pacific Standard

K. Shanmugam, the Minister for Home Affairs of Singapore, stated on Thursday that the increased ease with which cannabis can be obtained in Thailand will bring about a corresponding increase in the number of problems (Sep 1).

Mr. Shanmugam was replying to a question on how Thailand’s decision to legalize cannabis will affect the drug issue in the area and in Singapore that was posed by the Malaysian network Astro Awani.

In a Facebook post made earlier on Thursday about Singaporean national swimmers Joseph Schooling and Amanda Lim, the minister stated that Singaporean authorities will take action if there is clear evidence of current use of drugs and that they will do so regardless of where the consumption of the drugs took place (in Singapore or elsewhere). Both Schooling and Lim admitted to smuggling cannabis over international borders.

According to Mr. Shanmugam, research reveals that the use of cannabis is both hazardous and addicting. He noted that it can cause irreparable brain damage, brain shrinkage, as well as major mental and psychiatric problems.

“But in all honesty, what motivates them is the gold rush, which is the desire to make money. It is an extremely wealthy business.”

According to Mr. Shanmugam, who is also the Minister of Law in Singapore, the use of cannabis is permitted under certain circumstances, including when medical professionals demand it for treatment purposes.

In June, Thailand became the first country in the world to decriminalize the selling of cannabis. After this change, the authorities “had to subsequently try to reign in the impacts,” he continued.

“Within a week, cannabis was everywhere in drinks, in food, in toothpaste, and in cookies,” he claimed. “There was even toothpaste with cannabis in it.”

The government of Thailand has designated schools cannabis-free zones, banned smoking in public places, and made it illegal to sell cannabis to women who are pregnant or lactating. According to Mr. Shanmugam, it also took action to try to protect children and other vulnerable segments of the community.

“However, once it’s been baked into cookies, after it’s been added to soft drinks, and once it’s been included into toothpaste, how can nursing women be protected? How can pregnant women best be safeguarded? What are some ways to safeguard small children? How do you enforce the rules here? Once you’ve done this, there will be issues in maintaining control,” he continued.

Mr. Shanmugam also provided a response to a query regarding Malaysia’s Ministry of Health’s investigations and investigations into the legalization of medical marijuana, as well as how it would affect Singapore.

It was inquired of Mr. Shanmugam whether or not Singapore would take into consideration abolition of the mandatory death sentence in light of Malaysia’s plans to do so.

The minister stated that there is a valid justification for the mandatory use of the death sentence in our country.

“These are matters that are the responsibility of the government, and as a matter of policy, for a very long time, we have decided that once a certain threshold is crossed, in order for the death penalty to be applied automatically, people need to be aware of this in order for it to have the desired effect of serving as a deterrent.”

If we were to do away with that provision, the death penalty’s capacity to act as a deterrent would be significantly diminished.

He mentioned that there is a “extremely high deterrent effect” associated with the mandatory death penalty.

Therefore, it is unlikely that we will change only because Malaysia is changing. If we believe, for example, that the deterrent effect is no longer present or that the circumstances have changed such that a different strategy is required to achieve the same level of deterrence, then we will adjust our strategy accordingly.

“The question that needs to be answered is what your policy is, and how you plan to implement it,”

He stated that the responsibility of every administration is to convince the populace that what they are doing is appropriate. He stated that legislation would need to be changed in order to represent the position of the majority if it turned out that the majority held a different viewpoint.

“But, if you are in the government, and you believe that something is right, regardless of whether it is the majority viewpoint or the minority viewpoint, you explain your position, and then you decide whether morally, you are prepared to stay on even though you think the steps that are going to be taken are going to be against the public interest.”

The minister was questioned regarding the stance that the Singaporean government takes toward those who are fighting against the use of the death sentence.

According to what he said, a sanction of any kind can only be considered justifiable if it is properly explained.

“The reason you don’t apply a sentence, especially the death penalty, is so that you can appear stern. He went on to say that being harsh simply for the purpose of being harsh was not an option in this scenario.”

“When I say that the penalty needs to be effective, what I really mean is that it should also serve as a deterrence.”

According to him, the citizens of Singapore are aware of the rules, and as a result, they do not engage in drug trafficking.

“Because they want to get a little extra cash, some people make the decision that they are willing to change their life and take the risk. But the majority of them don’t,” he continued.

He claimed that it is his responsibility to keep attempting to convince Singaporeans that the death penalty is an effective and serious deterrent, and that it helps save the lives of thousands of people every year.

According to a survey conducted by the government in 2021, seven out of ten people have stated that they support the required death sentence for drug trafficking, while Mr. Shanmugam noted that approximately eighty percent of respondents support the mandatory death penalty for murder.

Why do they continue to back it? Because more than 80 percent of people in Singapore believe that the death sentence has successfully discouraged these types of crimes, Twenty to thirty percent of people are against it, and you can expect to find that percentage of people opposing something in every democratic nation. “The numbers clearly demonstrate,” he went on to say.

A government survey of the region where people could be smuggling drugs into Singapore indicates that a “substantial majority” of people – more than 60 percent of people, including people in southern Malaysia – said that the death penalty is a very effective deterrent, said Mr. Shanmugam. This information was revealed by the government survey.

Additionally, Mr. Shanmugam responded to accusations that the survey did not come from an independent source.

“When you don’t like the results, some people will doubt the results too,” he said. “When you’re not happy with the outcomes.”

“Let us be perfectly clear. Drugs are terrible, drugs damage more lives. It’s something I want to bring up. There is no explanation for these extremely enormous statistics. He continued by saying that we are accountable for the lives of Singaporeans.”

“And with regard to this survey, I am not the one who designs the surveys nor do I look over the questions. They are carried out by trained experts, and we do not engage in the practice of formulating questions in such a way as to obtain the responses we seek. I have no doubt that it was accomplished in a skilled manner.”