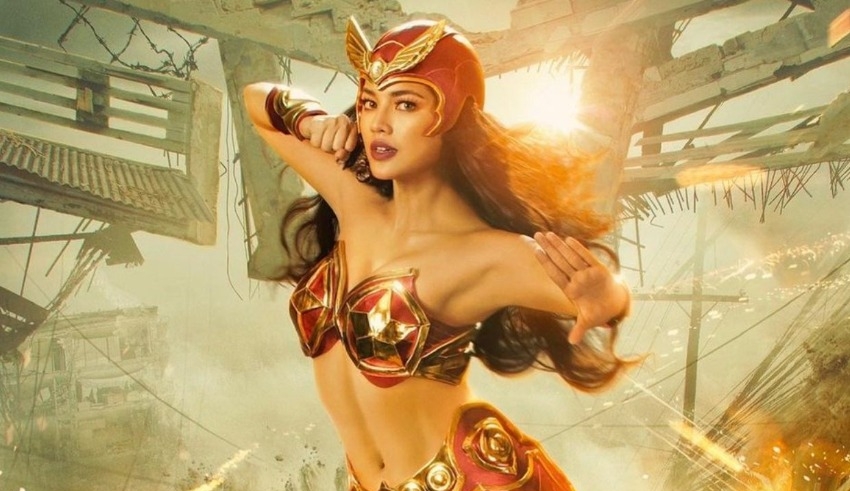 With her latest transformation into the well-known Filipino superhero Darna, Jane de Leon has at long last taken to the skies as the reimagined version.
(c) Inquirer

With her latest transformation into the well-known Filipino superhero Darna, Jane de Leon has at long last taken to the skies as the reimagined version of the character.

As shown in the episode of “Mars Ravelo’s Darna” that aired yesterday, August 19, the main character, Narda, played by the actress, began her first day on the job as an emergency medical technician after the town of Nueva Esperanza was struck by an earthquake. The episode was also uploaded to the channel that ABS-CBN Entertainment maintains on YouTube.

In spite of her strong desire to assist people, Narda was unable to overcome the restrictions imposed by her human form, and she ended up tumbling to the ground while attempting to scale a wrecked structure. Suddenly, Narda is confronted by an apparition of her mother Leonor, the original Darna, played by Iza Calzado. At the same time, the mystical stone that bestows Darna with her extraordinary abilities descends from the sky and lands in front of Narda.

By consuming the stone and proclaiming herself “Darna!”, Narda makes the decision to formally assume her responsibilities as a superhero. She is now equipped with Darna’s superpowers and clothing, and she uses them to fly over the building in search of injured people and deliver them to a safe location.

The look was finished off with Darna’s two-piece red and gold outfit, knee-high boots that matched, arm cuffs, and her characteristic red headdress.

On August 15, the first episode of “Mars Ravelo’s Darna” was broadcast on television. It also stars Joshua Garcia, Janella Salvador, Rio Locsin, Simon Ibarra, Paolo Gumabao, and Joj Agpangan, amongst others, in addition to De Leon, Calzado, and Jaranilla.