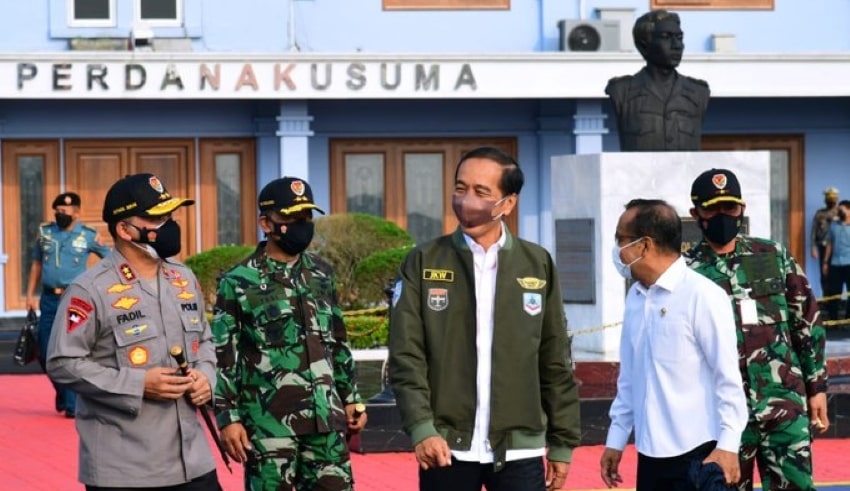 Rich countries have missed a target billion a year to support developing countries in their climate action projects, which experts say could break down trust at the Oct. 31 – Nov. 12 COP26 conference in the Scottish city of Glasgow.

“It’s impossible if we don’t get funding help. If we don’t have the technology, it’s also difficult,” the president, who is popularly known as Jokowi, told Reuters today after planting a patch of mangrove in the village of Bebatu on Borneo island.

Indonesia, the world’s eight-biggest greenhouse gas emitter, has pledged to cut back its carbon emissions to 29 per cent below business-as-usual by its own efforts, but with the help of international funding and transfer of technology, it believes it could increase the reduction to up to 41 per cent.

The country earlier this year brought forward its long-term target to reach carbon neutrality or sooner, from 2070 initially, which includes plans to phase out the use of coal-fired plants.

Jokowi said Indonesia wants to invest in renewable projects to capitalise on its potential in hydropower, geothermal, wind, solar and marine current and this will require billions of dollars of funding.

A government study has shown the Southeast Asian country needs US$150 billion to US$200 billion per year in investment in low carbon programmes over the next nine years to meet its net zero emission goal.

“This is a big work. It needs investment, it needs technologies,” Jokowi said, adding that he did not want “just talk” at COP26.

Indonesia has also launched a programme to restore 600,000 hectares of mangrove forest in the next three years to absorb carbon emission, Jokowi said.

The president said Indonesia would also promote sustainable economic growth when it takes over the G20 presidency in December, alongside an even economic recovery from the Covid-19 pandemic.

“We want to fight for the chance for poor countries, developing countries, vulnerable groups, to get back on their feet and not get left behind by developed countries,” he said.