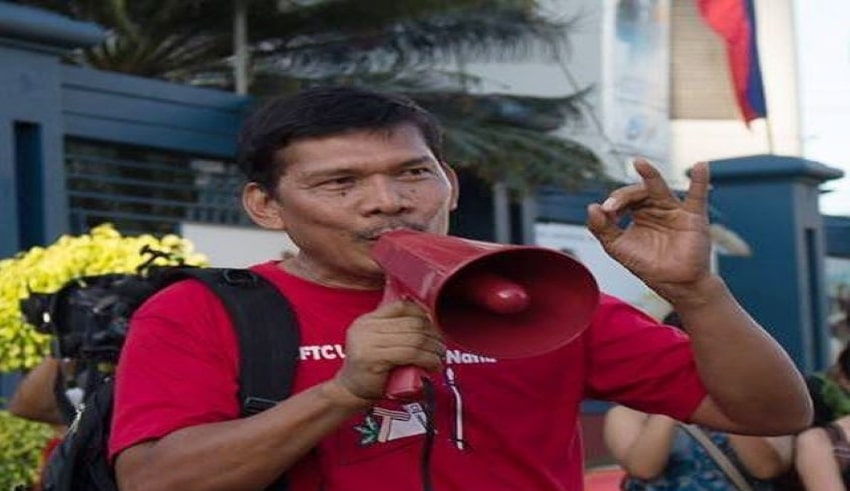 Leodegario "Ka Leody" de Guzman, the labor leader, has accepted the candidacy of a socialist political party to run for President next year.
(C) bworldonline

Leodegario “Ka Leody” de Guzman, the labor leader, has accepted the candidacy of a socialist political party to run for President next year.

The labor activist said that if he wins, he will bring a new style of leadership than President Rodrigo R. Duterte and will overhaul the country’s existing political structure.

PLM Chairman Sonny Melencio told BusinessWorld in an interview that Mr. de Guzman’s presidential bid is supported by key labor organizations that are pushing for an end to contractual set up in the Philippines.

Mr. Melencio stated in Filipino that all of the people who have announced candidacy for the presidency do not represent the real opposition fighting for an end to Duterte’s regime.

“Even if we begin with little resources, we recognize that this is an ideal moment to introduce our program,” he added.

“This is a window of opportunity since the opposition leadership is vacant. We want to fill that void with our message.”

Mr. Melencio also said that Mr. de Guzman’s camp is receptive to negotiations with Vice President Maria Leonor “Leni” G. Robredo, whom he stated, “did not truly stand as an opposition symbol.”

The PLM official said that what they wanted was someone who can offer a genuine alternative to Duterteismo.

He also said that if she runs, they are still willing to speak with her. However, they must first learn about her platform. “We need to know what she really desires. That has been the central question up to this point.” He stated.