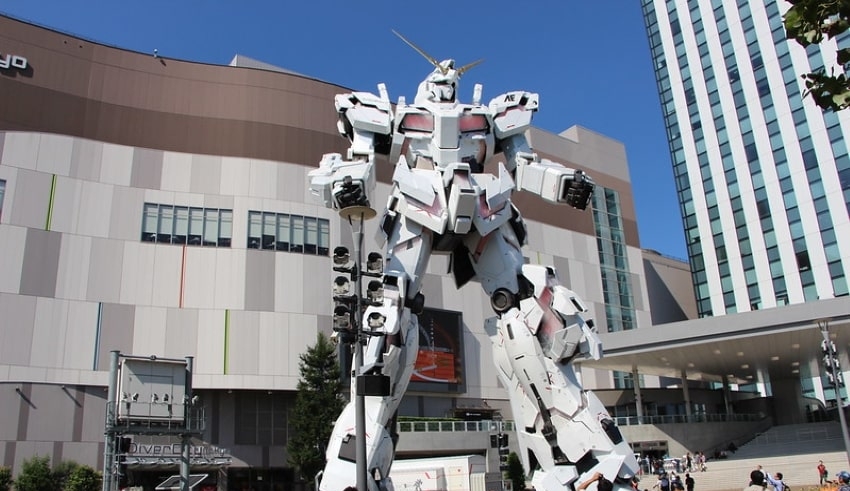 Modelled after a character in the classic anime series Mobile Suit Gundam, a six-storey-high robot made the first killer moves this week to capture the hearts of Gundam fans.
(C) Flickr, kaneto974

Modelled after a character in the classic anime series Mobile Suit Gundam, a six-storey-high robot made the first killer moves this week to capture the hearts of Gundam fans.

The giant robot, standing tall at 18 m and weighing 24 tons, could be seen in an online video posted on Monday (Sept 21) taking two steps forward, standing up and gesticulating before getting down on one knee. This was a prototype of a robot that was designed in Yokohama, a Japanese city south of Tokyo, with more than 200 parts constructed from a mixture of steel and carbon fiber-reinforced plastic, CNN said.

The life-size humanoid was built at Yamashita Pier for six years in the making as a centerpiece for Gundam Factory Yokohama, and was to debut when the tourist attraction was scheduled to open next month.

Visitors might see the towering robot up close and hear about the construction and science behind its slick motions. But the unveiling was postponed. In reaction to the worldwide dissemination of Covid-19, the organization that runs the site, CNN cited this move to ensure the health and welfare of our customers and employees.

The grand opening will indeed take place this year, a note on the Gundam Factory Yokohama website states, but the specifics are not yet available. The anime about space robots, produced and directed by Yoshiyuki Tomino, was first presented to a television audience in 1979, but due to dismal ratings, the original run was cut short.

But when Japanese toymaker Bandai acquired the copyrights to create plastic versions of the show’s giant machines, the robots became a phenomenal success and must-have toys for boys, and Gundam started to take off with sequels, comics, movies and other spin-offs.