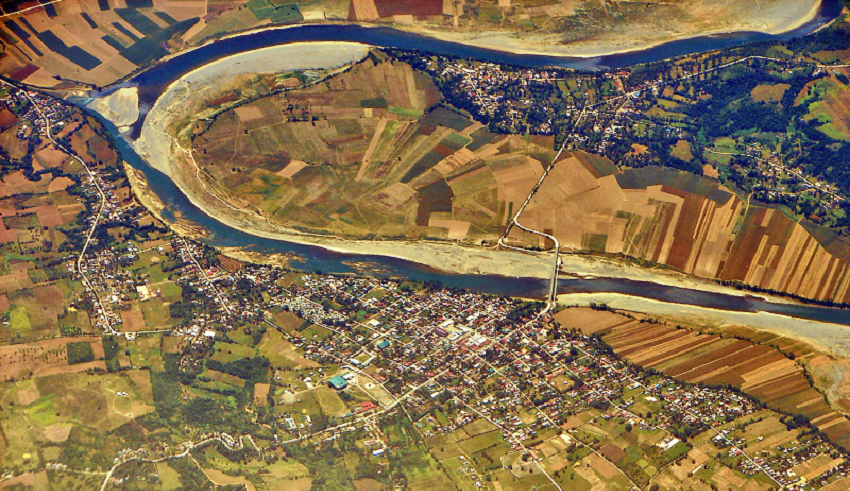 From Cagayan to Davao, in this article, we will take a look at the top 10 longest rivers in the Philippines along with their length in miles.
(C) Wikipedia

There are 7,641 islands that make up the Republic of the Philippines, which is situated in the western Pacific Ocean. The major ethnic groups in the country are Visayan and Tagalog, with a total population of 100,981,437. Manila serves as the nation’s capital, with Quezon City as its most populous city.

Locally, the Rio Grande de Cagayan is used to refer to the River Cagayan. The water travels 314 kilometres from the Caraballo Mountains to the Babuyan Channel and then into the Philippine Sea, typically moving from south to north. Due to the high yearly rainfall of up to 300 millimetres and surface retention that makes the water run slowly, this river frequently floods severely. Farmers grow rice, coconut, citrus, and tobacco in the rich valleys along the river. Two of its tributaries have each had a dam constructed on them. Along the river, the national government has promoted tourism. The name Ibanag is derived from Banag, the previous name of the river.

With a total length of 232 miles, the River Mindano is the second-longest river in the Philippines. The Allah River, Buluan River, Pulangi River, and M’lang River are the river’s four principal tributaries. It creates the Cotabato and Tamontaka distributaries at its mouth in Illana Bay. For the towns that line its banks, the river serves as a vital transportation route.

The River Agusan feeds into Butuan Bay after flowing 217 kilometres along the Compostela Valley. The Agusan Mash, which spans 19,197 hectares, is this river’s most notable feature. It helps to lessen flash flooding. Along with many other endangered plant and animal species, it is home to more than 200 different bird species. It has been designated a sanctuary for wildlife.

The communities of Mamanua, Manobo, Mgahat, and Mandaya may be found near the river. Their main sources of income are farming and subsistence fishing, with coconuts being the main cash crop and rice serving as the main food crop.

The greatest tributary of the River Mindanao is the River Pulangi. It is 199 miles long and has the Philippines’ largest watershed, which covers an area of 1.8 million hectares. A 255-megawatt power plant has been constructed alongside the river, and a second one has been proposed with a potential output of over 300 megawatts.

Those opposed to the proposal claim that the dam will bury the Apo Mamalu burial site, which dates back thousands of years. The Manupali River, Muleta River, Bobonawan River, Tigwa River, and Bukidnon River are some of the tributaries that feed the river.

This river’s source is in the Sierra Madre mountains, and it flows 162 miles from there to Bulacan, where it empties into Manila Bay. The Rio Chico, Penaranda River, and Coronel-Santor River are its tributaries. Along this river, three dams have been built, providing water for irrigation to the citizens of Nueva Ecija province. Water is used in fish farming and a recently built irrigation system at the river’s lower end.

The Pangasinan River, also known as the Agno River, is located on the Philippine island of Luzon. One of the nation’s biggest river systems, it traverses the provinces of Baguio and Pangasinan and has a drainage area of 5,952 square kilometres (2,298 sq mi).

The river drains into the South China Sea through the Lingayen Gulf after rising in the Cordillera Mountains. The river is the sixth-longest river in the nation at 248 kilometres (154 miles) in length. The Agno River Valley, one of the Philippines’ biggest population clusters, is home to about two million people.

According to the size of its watershed, the Abra River, also known as the Lagben River, is the eighth largest river system in the Philippines. Its length from its source near Mount Data in the province of Benguet is 206 kilometres (128 miles), and its estimated drainage area is 5,125 square kilometres (1,979 sq mi).

The Abra has its beginnings in Mount Data’s southern region. It runs into Abra after descending westward to Cervantes, Ilocos Sur. The Tineg River, which rises in the Abra uplands, joins it at a location not far from the town of Dolores.

According to the extent of its watershed, the Abulog River or Abulug River is the ninth-largest river system in the Philippines. Its length from its source in the mountains of Apayao in the Cordillera Administrative Region is 196 kilometres (122 miles), and its estimated drainage area is 3,372 square kilometres (1,302 sq mi). More than 90% of the river’s drainage area is in the province of Apayao, and the remaining portion, which includes the river’s mouth, is in Cagayan.

The Apayao River is the common name for the upper portions of the Abulug River, particularly those upstream of Kabugao.

The Cordillera and Cagayan Valley are covered by the Chico River (Spanish: Ro Chico de Cagayán), a river system in the Philippines on the island of Luzon. With a total length of 233 km, it is the Cagayan River’s longest tributary (145 mi).

The Mountain Province, Kalinga, and Cagayan provinces are all covered by this river, which is the longest in the Cordillera region. For the Kalinga people who inhabit its banks, it is known as a “river of life.” It is also well-known among development professionals due to the Chico River Dam Project, an electric power generation project that was opposed by locals for thirty years before it was finally shelved in the 1980s. This project serves as a landmark example of how ancestral domain issues can arise in development projects.

On the island of Mindanao in the southern Philippines, the Davao River is the third-largest river by drainage basin. It has a length of 170 kilometres overall and drains an area of more than 1,700 square kilometres (660 sq mi) (110 mi).

The area is mostly highland. Around the river’s mouth, the average flow is thought to be between 2,500 and 2,800 cubic feet per second (70 to 80 m3/s). In terms of temperature, rainfall, and humidity, the climate type is comparatively consistent throughout the year (rainfall = 2600mm, Actual Evap 1028mm). Typhoons are infrequent in the region.