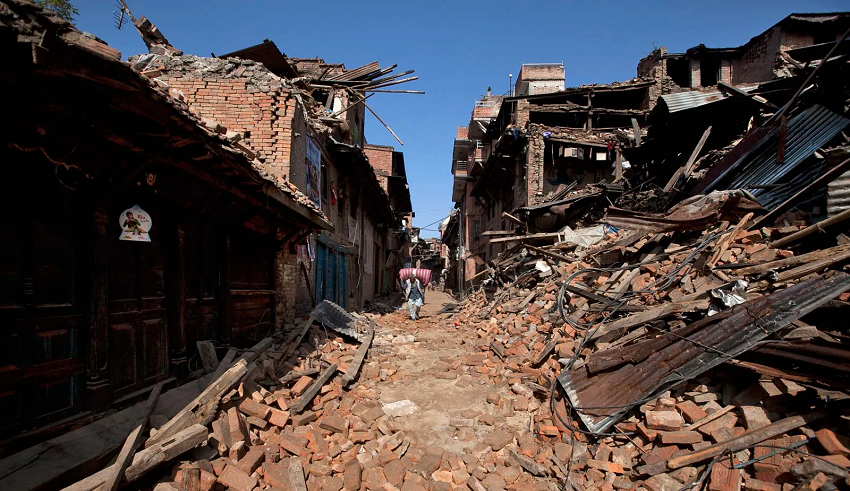 In this article, we’ll look back at 10 of the strongest earthquakes in recorded history that put Filipino resiliency to the test and the destruction it caused.
brick debris earthquake street aftermath bhaktapur nepal april 25 2015

Earthquakes can be both fatal and destructive in the Philippines. Who could ever forget the 2013 Central Visayas earthquake, which had a 7.2 magnitude?

The earthquake that struck the Visayan provinces was one of the strongest in our history, with more than 2271 fatalities and an astounding number of antique churches damaged. Renato Solidum, the director of the Philippine Institute of Volcanology and Seismology (Phivolcs), stated that its impact is almost comparable to “32 Hiroshima bombs.”

This Mindanao earthquake, which had a magnitude of 8.1 and killed a staggering number of people, is now regarded as the strongest and deadliest one in Philippine history.

The epicentre of a tsunami, which reached a height of up to 9 metres, was located 40 kilometres from Sultan Kudarat. The residents of the Moro Gulf shoreline had little to no time to prepare because the catastrophe occurred in the middle of the night. In the end, it’s believed that 8,000 people died or disappeared, while another 90,000 were left homeless as a result of the properties destroyed by the disaster.

One of the nation’s strongest earthquakes, which struck on July 16, 1990, was felt most strongly in Baguio City and other parts of Central Luzon and the Cordillera region. This 7.8-magnitude earthquake caused major property damage and about 2,000 fatalities 6.

The earthquake, which originated in the province of Nueva Ecija, spread over Central Luzon’s hard-hit areas, causing damage to several properties and locking individuals inside, where they perished. The 12-story Hyatt Terraces in Baguio and the six-story Christian College of the Philippines in Cabanatuan were two among the structures that were destroyed by the earthquake. Although many individuals made it out alive because to the brave rescue operations, some perished from thirst after being buried in the wreckage for days.

400 persons died as a result of the 7.5-magnitude tectonic earthquake that shook Lanao del Sur on April 1st, 1955. In the municipality of Tugaya, residences and a mosque were also damaged. In Zamboanga and Pagadian, there have also been reports of wharves being damaged.

A 7.3-magnitude earthquake that struck Casiguran, Aurora, on August 2, 1968, killed 270 people8. The nation had not previously witnessed an earthquake with this level of strength and devastation in the previous 20 years.

The Greater Manila Area’s Binondo and Escolta neighbourhood was the most badly hit, with structural damages costing several million dollars overall. The six-story Ruby Tower, which fell quickly when the earthquake hit the neighbourhood and killed and injured hundreds of people occupying its commercial and residential apartments, was the most famous of these damages.

More than 200 people were murdered and several century-old churches were devastated on October 15, 2013, by a 7.2-magnitude earthquake.

Even though the earthquake’s epicentre was in Bohol, Southern Mindanao felt its jolt. Over 79,000 churches, residences, schools, highways, and public structures were damaged by the devastating earthquake, and 14,500 of them entirely collapsed10. Even worse, it destroyed a number of medical institutions entirely or partially, which for a considerable period of time prevented the distribution of vital medications and healthcare services.

1,530 homes were destroyed in the coastal regions of the Baco Islands and Calapan five minutes after the main earthquake by tsunami waves that were up to 8.5 metres tall (the equivalent height of a three-story building)12.

People who lived close to the seaside were able to escape the tsunami by swiftly moving to higher land. Unfortunately, not all of the victims of this tragedy made it out alive. Nearly half of the 78 verified fatalities—children who drowned as a result of the tsunami—were adults.

The Panay Islands were struck by a 7.1-magnitude earthquake on June 14, 199013, with the epicentre at Culasi, Antique Province. 41 injuries and 8 fatalities were caused by this calamity.

15% of Culasi, Antique, residential homes were destroyed by this earthquake. Banks and other commercial structures were also harmed14. Additionally impacted were government structures, churches, schools, and bridges. The damage is expected to cost PHP 30 million.

Calauag, Quezon, was devastated by a magnitude 7 earthquake on March 17, 197315. In the town, more than 360 structures for habitation were either completely or partially damaged. 100 injuries and 14 fatalities were caused by the accident. Mostly Luzon and Northern Visayas felt the shaking.

The epicentre of the earthquake was found near the Ragay Gulf, which is situated in Southern Luzon’s Bicol Peninsula. A 1974 article in the Journal of the Geological Society of the Philippines16 claimed that devastating earthquakes frequently occur near Ragay Gulf. Between 1738 and 1984, ten significant earthquakes were registered in the area. In the meantime, the epicentral region had more than 30 large earthquakes between 1900 and 1973.

52 individuals died as a result of the 6.9-magnitude earthquake that struck Cebu and the Negros Islands; at least 29 of these victims were buried in 30 feet of soil owing to a landslide. In the meanwhile, the earthquake caused 62 people to go missing and around 112 injuries.

In Negros Oriental, the tremor caused five-meter-high tsunami waves to sweep Barangay Pisong, Magtalisay, and Martilo. During the earthquake, PHIVOLCS issued a level 2 tsunami alert17, but it was later cancelled after a two-hour monitoring period during which no unusual sea level changes took place. The tsunami was not associated with any casualties.

The Palimbang earthquake, which struck Mindanao on March 6, 2002, had a magnitude of 6.8 and left 8 people dead. The village of Palimbang is the most severely damaged location, while the epicentre of the earthquake is in Isulan, Sultan Kudarat19. The earthquake, according to PHIVOLCS, was caused by the sinking of two tectonic plates along the Cotabato Trench.

Around 7,684 families were affected by the quake in the provinces of Sarangani, North, and South Cotabato. Public markets, churches, highways, schools, and residential homes are examples of damaged infrastructure.