The Asian Affairs > Malaysia > Mahathir: Anwar wanted to be my deputy PM 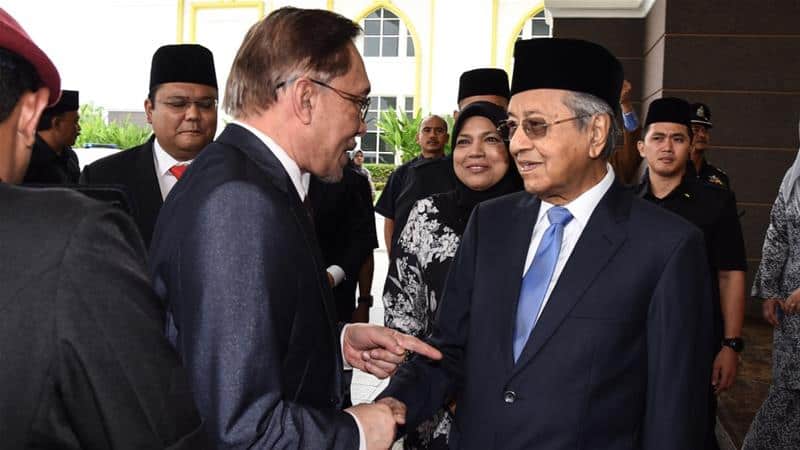 Mahathir: Anwar wanted to be my deputy PM
(C)AlJazeera

Dr. Mahathir said that this was what Anwar sought when PH decided to support him instead of the PKR president for the post.

Mahathir felt the timing was not suitable and insisted instead that his wife the Datuk Seri Dr Wan Azizah Wan Ismail would continue to serve as his deputy.

“Anwar is more in tune with politicking rather than as an administrator,” he was quoted saying.

“Muhyiddin is riding a tiger. If he gets off it, he would probably be eaten, so he has to continue riding it no matter how uncomfortable it is,” he said. Yang di-Pertuan Agong appointed Tan Sri Muhyiddin Yassin as prime minister after he had commanded the majority of the Dewan Rakyat.