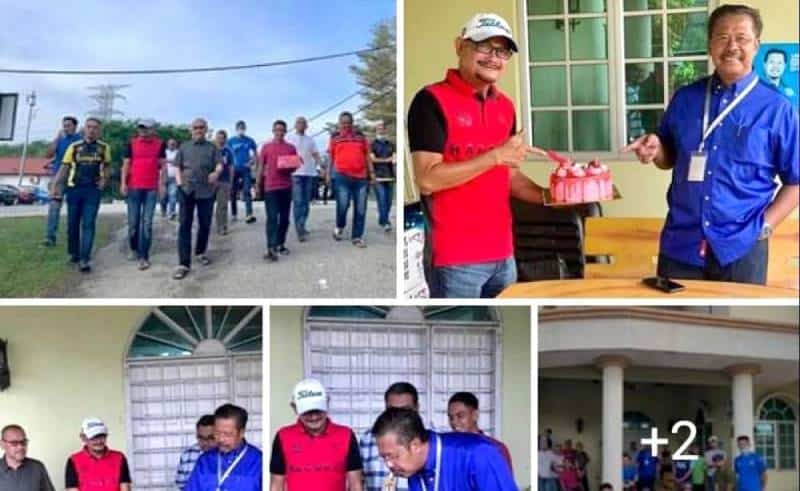 PETALING JAYA – Deputy Rural Development Minister Datuk Abdul Rahman Mohamad said photographs being circulated on the internet of a gathering with him holding a cake while being surrounded by a group of people was unplanned and not meant to violate the movement control order (MCO).

Abdul Rahman claimed was not planned and he would’ve been rude to turn them away. He was supposed to leave at around 9am when he saw them coming in with a cake.

The photos were taken last Monday (April 13) were volunteers who had helped him distribute necessities to his constituents in Lipis. The deputy minister said that he did not wear any face mask as there were no advisory  from the Health Ministry to do so. There also seemed to be no social distancing on the event drawing additional criticism from the netizens.